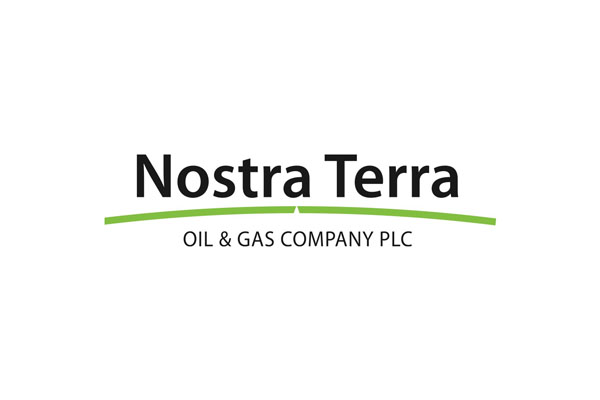 Nostra Terra (AIM:NTOG), the oil and gas exploration and production company with a portfolio of assets in the USA and Egypt, announces that unresolved issues between Nostra Terra's ultimate subsidiary, Sahara Resources (GOS) Inc ("Sahara") and North Petroleum International Company SA ("North Petroleum"), relating to the Company's Joint Venture at the East Ghazalat Concession Egypt (the "Concession"), have been referred for arbitration.

As previously announced, Independent Resources Egypt ("IRE") is Nostra Terra's wholly owned Egyptian subsidiary. IRE owns a 100% interest in Sahara, which owns a 50% non-operating interest in the Concession, located in the Western Desert region of Egypt approximately 240 kilometres southwest of Cairo. The Concession is operated by North Petroleum, a subsidiary of the Chinese state-owned ZhenHua Oil Co. Ltd.

IRE acquired its stake in the Concession from TransGlobe Petroleum International Inc. ("TransGlobe") on 15 October 2015 for a headline consideration of US$3.5 million, satisfied by the payment of US$1 million in cash and the issue of the $2.5 million loan note to TransGlobe. In September 2016 TransGlobe accepted repayment of the $2.5million loan note for $200,000. This improved the implied acquisition cost of IRE's stake in the Concession to $1.2million, which equates to US$1.19 per barrel of 2P oil reserves attributable to the acquired interest (per 30 June 2015 estimates).

Gross 2P reserves attributable to IRE's interest in the Concession were estimated at 1,008,922 barrels of oil on 30 June 2015 (DeGolyer and MacNaughton Canada Limited estimate). In addition there are two natural gas discoveries on the Concession.

Nostra Terra believes there is significant scope to improve current production, which it understands to be approximately 450 barrels of oil per day ("bopd"), in the event of a settlement with North Petroleum.

As reported on 29 September 2017 and 8 January 2018, Nostra Terra has been working to resolve the legacy issues relating to the Concession. This has involved discussions with North Petroleum. It has also involved productive discussions with the Egyptian General Petroleum Corporation ("EGPC"), the national oil company of Egypt.

During this dialogue, Nostra Terra has negotiated in good faith while seeking to defend the Sahara's position. It is Nostra Terra's belief that North Petroleum has failed to abide by the Joint Operating Agreement ("JOA"), which governs the management of the Concession. Even so, Nostra Terra has been proactive in making proposals to resolve Sahara's differences with North Petroleum and has sought to explore positive resolutions to enable further development of the Concession.

Throughout the process Nostra Terra has maintained excellent in country relations with EGPC and other industry participants. Since acquiring IRE in full, Nostra Terra has received approval from EGPC as a new entrant, permitted to do business in Egypt. This includes participating in new license rounds. Nostra Terra remains excited about the sizable potential at the Concession and the prospects of Egypt as a growing oil & gas province.

Nostra Terra is in discussions with its legal advisers in respect of the process going forward and will provide further updates in due course.

This announcement contains inside information for the purposes of Article 7 of EU Regulation 596/2014.

"Our goal has always been to do what is best for the Concession and will deliver most value for all stakeholders. We believe that arbitration will be the best way forward to realize value at this point.

We are great believers in both the unrealized potential at East Ghazalat and also the other exciting oil & gas opportunities in Egypt. We have developed excellent in country relationships and we look forward to building on those in the future."