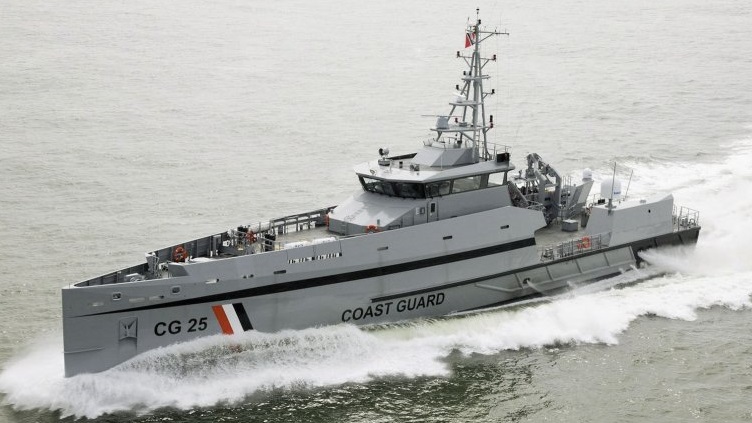 The Atlantic Marine and Offshore Group is still prepared to complete the contract it signed with the Somali Ministry of Defence (MoD) in 2013 even though it has filed an arbitration case accusing the Somali government of failing to make scheduled payments, the Dutch company’s Willem van der Kooi told Jane’s .

The EUR132 million (USD156.5 million) contract covered the acquisition of six Damen 5009 long-range patrol boats that were to be built by Damen’s Galati shipyard in Romania.

Somalia’s Financial Governance Committee (FGC) carried out a confidential review of the contract in 2014 that questioned its affordability as it had not been included in that year’s federal budget and EUR132 million represented 95% of the government’s projected annual revenue. The review, which was subsequently posted on the Ministry of Finance’s website, also said the contract did not appear to be competitive or cover services or spares for the ships after 12 months.

Van der Kooi said the ships were part of a larger programme to develop a new Somali Coast Guard that was capable of maintaining and operating the ships, but this had to be put on hold when the MoD failed to make the initial payments.

“We reached keel-lay for all six [patrol vessels]. We completed all detailed design, prepared a location in Mogadishu for building the Operations and Training Centre, and made all preparations for commencing the training, education, maintenance support, and building of the Somali Coast Guard,” he said.

Van der Kooi noted Somali TV news footage that showed Ali Said Faqi, Somali ambassador to the European Union, telling him in July 2016, “I think this project will move forward … we are looking for funds.”