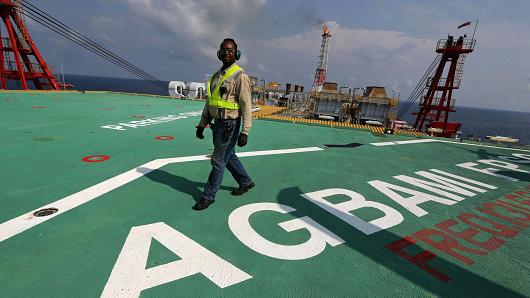 Norwegian oil firm, Statoil, has lost an arbitration dispute to the tune of $1.1 billion against its partners, including Chevron and Petrobras, over the redetermination of shares in Nigeria’s largest deepwater oilfield – Agbami.

A Nigerian-based tribunal made up of three English senior lawyers issued the award that would see Statoil paying Chevron and Petrobras $1.1 billion and losing a 5.17 per cent stake in the Agbami oilfield.

The tribunal rejected Statoil’s request to set aside a 2015 expert determination in favour of the Nigerian subsidiaries of Chevron and Petrobras, and a local partner, Famfa Oil.

The expert determined that the Norwegian giant’s shares in the Agbami oilfield should be reduced from 20.21 per cent to 15.04 per cent.

Statoil, which is majority-owned by the Norwegian government, according to the Global Arbitration Review, revealed the outcome in a disclosure to the United States Securities and Exchange Commission (SEC).

Located 110 kilometres of Nigeria’s coast, the Agbami field straddles two oil licence blocks: one is majority-owned by Chevron alongside Petrobras and famfa Oil, with the other owned by Statoil and Chevron.

The oilfield has been jointly developed by the blocks’ shareholders, pursuant to a unanimous agreement under which the allocation of costs and production is linked to the estimated percentage of oil located in each block.

In 2012, Chevron began a contractual process to redetermine the allocation of shares in the oilfield based on newly acquired data.

When the parties failed to agree on the data that should be included, the dispute was referred to an expert from Gaffney Cline and Associates.

Under the contract, decisions by experts can be challenged through ad hoc arbitration under the rules of the Nigerian Arbitration and Conciliation Act.

The expert made an interim ruling in favour of Chevron in 2013.

But Statoil brought the first arbitration to set aside the ruling, arguing that the expert erred by admitting data from after 2007.

Then a tribunal chaired by Australia’s Michael Pryles, including two British Queen’s Counsel, Ian Glick and Stuart Isaac, issued its award in 2015 rejecting Statoil’s claim and upholding the interim ruling.

In the same year, the expert issued a final ruling that Statoil’s shares in the Agbami oilfield will be reduced from 20.21 per cent to 15.04 per cent, promting another arbitration claim by the Norwegian company.

In the latest award, a different tribunal rejected Statoil’s argument that the expert exceeded his jurisdiction in his interpretation of the data.

At the same time, the tribunal rejected a request by the respondent that the award should have a retroactive effect from the date the final expert ruling was made.

How Statoil’s shares will be reallocated is yet to be decided by the various internal mechanisms established under the unit agreement.

While Statoil had previously estimated that the redetermination process was worth $880 million, Norway’s Dagens Neringsliv and Offshore Technology magazine, had valued the dispute at close to $1.1 billion.

The primary issues affecting the value of the redetermination are the future oil production, the price of oil, whether licences for the oil block are extended, and the extended and the effective data of the award.

In its April 25 regulatory filing with the US SEC, Statoil said it was “currently evaluating the arbitration ruling”, which it said will have “no impact on Statoil’s accounting for the Agbami redetermination as the outcome of the expert ruling has been provided for”.

The company said it had recognised the reduction of its stake in the field through its Nigerian tax provision.

Since the Nigerian Arbitration Act requires advocacy to be carried out by local counsel, the parties used Nigerian firms in the arbitration with international counsel in advisory roles.

Hearings in the arbitration concerning the expert’s interim ruling took place in London while those on the expert’s final ruling held in Lagos.

In resolving the dispute, Clifford Chance and Strachan Partners acted for Statoil, Chevron was represented by Uche Nwokedi & Co and Herbert Smith Freehills, while Petrobra used Ashurst and Aelex. FamfaOil relied on the local firm of MFA Solicitors & Co.

Statoil’s challenge of the 2015 award upholding the expert’s interim ruling is pending before the Nigerian Supreme Court.

The company argued that the tribunal misconducted itself in the way it reformulated the issues in dispute and committed serious procedural irregularities by preventing Statoil from submitting evidence on issues that were determined to be highly important to the arbitration.

The award had already been upheld by the Federal High Court in Lagos in May 2017 as well as the Court of Appeal, which ruled that the arbitrators had not misconducted themselves and that Statoil’s counsel had agreed to the tribunal’s formation of the issues.

The Nigerian National Petroleum Corporation (NNPC), which was joined in the proceedings by an order of the court, as it was also a party to the 2005 Agbami agreement, filed an affidavit supporting Statoil.

Despite their disagreements, Statoil and Chevron have been working together in a separate dispute with NNPC over the allocation of crude oil under their production sharing contract (PSC) for one of the blocks that covers Agbami.

In March, the two companies applied to a New York court for the enforcement of a $1 billion award against the NNPC, although the award has been annulled at the seat of arbitration in Nigeria.

NNPC is facing three similar actions in the same court by other oil block operators.

Last year, Petrobras announced that it would sell its stake in the Agbami oilfield, with Famfa Oil, owned by Africa’s second wealthiest woman, Mrs. Folorunsho Alakija, reported to be interested in purchasing it.

Meanwhile, the NNPC yesterday disclosed that it was making progress with its repayment of the $5.1 billion negotiated cash call debts to international oil companies (IOCs) in Nigeria, stating that both the National Economic Council (NEC) and Federal Executive Council (FEC) were aware of the progress it has made so far.

The NNPC, however, did not disclose how much had been paid to the IOCs, but it told THISDAY that it has kept to the terms of the repayment agreement.

It added that the Federation Account Allocation Committee (FAAC) was briefed regularly on the payment details.

“Based on Mr. President’s directive, NNPC engaged the IOCs and negotiated the cash call arrears down from $6.8 billion to $5.1 billion, saving the country $1.7 billion. NNPC then set a repayment plan in place,” said NNPC’s Group General Manager, Public Affairs, Mr. Ndu Ughamadu, to THISDAY on the phone.

Ughamadu further stated: “The key point with the repayment plan was that the arrears would be repaid from incremental production over a five-year period so that base production would be preserved.

“This arrangement was translated into a repayment agreement which was further endorsed by the state governors at National Economic Council and approved by Federal Executive Council.

“To date, NNPC has kept to the terms of the repayment agreement. The FAAC meeting is regularly briefed on the repayment status and will receive a briefing update at the next scheduled FAAC engagement.”

FAAC meets every month to share federally collected revenue to the three tiers of government in Nigeria under a revenue sharing formula.

The corporation also stated that it increased the supply of gas to the country’s power sector between January 2017 and January 2018 by 89 per cent.

Ughamadu, in a different statement, said the information was contained in the corporation’s monthly financial and operations report for January 2018.

According to him, gas-to-power supply as of January 2018 stood at 731 million metric standard cubic feet per day (mmscf/d) as against 387mmscf/d in January 2017, representing an 88.89 per cent increase.

“An average of 731mmscf/d of gas was sent to over 20 domestic thermal power plants in the month of January 2018, generating thermal power output of 3,076 megawatts (MW) to the national grid, representing 76.7 per cent of the total national power generation,” the statement said.

The report, Ughamadu said, indicated that an additional 365mmscf/d of gas was supplied to the industrial sector to power over 50 companies in the period.

He said total gas production for the month stood at 8,169mmscf/d, of which 14 per cent was supplied to the domestic market, 43 per cent for export, 31% per cent re-injected, and the balance flared.

Ughamadu equally disclosed that total crude processed by the corporation’s two refineries in Kaduna and Port Harcourt for the month of January 2018 was 204,877 metric tonnes.

He said production by the two refineries during the period translated to a combined yield efficiency of 89.97 per cent as against 88.99 per cent in December 2017.

By implication, NNPC supplied an average of 47.2 million litres of petrol daily in January 2018.

The report further reiterated that NNPC was inching closer to choosing financiers for its refineries with a view to achieving 90 per cent capacity utilisation per stream daily before the end of 2019.

It, however, said continuing vandalism of its crude oil pipelines was among its biggest challenges in January 2018, noting that the malaise was putting it in a disadvantaged position.

One hundred and ninety-four pipeline points, it stated, were vandalised in January, with the Port Harcourt to Aba, Aba to Enugu pipeline segment accounting for 187 points or 86.57 per cent of the affected pipelines.