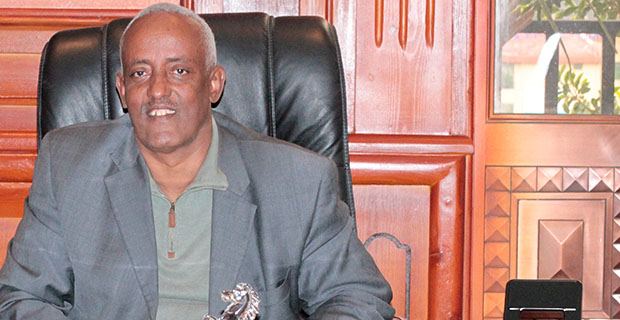 The nation’s largest civil suit claim between Sabir Argaw, the prominent local businessman, and his Singaporean partners involving 370 million Br finally ended with an amicable settlement. Sabir agreed to transfer his shares in two companies, which he formed with Wilmar, to the latter with a total of 337.3 million Br including compensations.

The two parties settled the case after a year plus court battle over share buyout in the two companies, Repi Soap & Detergents S.C and Repi-Wilmar Industries S.C. Beyond Sabir’s agreement to transfer his shares in these companies, the amicable settlement involves the closing of six pending court litigation.

The amicable settlement between the parties was signed on March 16, 2018, and filed with the court the next day. The five justices of the Cassation Bench of the Federal Supreme Court approved it during the latest court session held on April 11, 2018.

“We find the amicable agreement contradicting to neither moral nor legal grounds,” reads the verdict of the Cassation Bench’s justices.

Although Sabir agreed to transfer his shares to the Singaporean companies this time, the Federal High and Supreme courts granted his buyout right ordering the three companies, Wilmar Europe Holdings, Wilmar Edible Oils and Wilmar Resources, to transfer their shares to him. Before going to court for battle, the parties had a long-lasting relationship in the import and distribution of palm oil.

Their long-lasting relationship grew one step as Sabir allied with Wilmar to form 14 factories in a joint venture agreement in 2014, each having a 50pc share. The merger aimed at setting up a manufacturing complex in Dima and Sebeta towns for an estimated investment of seven billion Birr. The complex is supposed to consolidate the edible oil refinery and packing plant, a production plant of soft, oils, soaps and detergents and a sesame processing plant.

The project was inaugurated with the presence of former Prime Minister Hailemariam Desalegn, ministers of Trade and Industry, commissioner of the Ethiopian Investment Commission and delegates from the Office of the Prime Minister.

After forming the partnership, Sabir assigned his two sons as managing and marketing directors, while Wilmar recruited board chairperson and general manager. However, the partnership could not proceed following the disagreement which surfaced over the details of the establishment of the companies. Consequently, they decided to dissolve the venture.

To dissolve the partnership they hired Ernst & Young (EY) to assess and determine the value of the companies. EY valued the companies to be between four and 4.2 billion Br. However, Wilmar, which was established in 1991 and operating in 50 countries employing 90,000 people at its 450 plants, estimated the total cost of the businesses to be 740 million Br stating EY’s valuation was overvalued. Consequently, via an email, it offered Sabir to buy out the company, to sell his shares to them, or to agree on selling his shares to a third party.

Accepting the first offer, Sabir proceeded for the execution of the deal until Wilmar International forwarded a new precondition with 10 points. But Sabir, whose company is a sole agent of Kiwi, Bic, Energizer, Colgate, Palmolive, various stationery brands, and B29 Soap, did not agree with the new proposal and finally took the case to court on February 17, 2017, requesting the enforcement of the buyout.

After a five-month-long battle at the High Court, the litigation ended in June 2017 with High Court’s ruling in favour of Sabir. It led Willmar to appeal to the Federal Supreme Court, which also sustained the lower court’s decision as the applicant could not lower 370 million Br to proceed with the litigation. The case later went to the Cassation Bench with Willmar’s appellate filing, in the middle of this, the amicable resolution proposal came into the scene.

In separate files, the two parties were battling at the High Court suing each other over a sesame trading deal, where Alsam was the exporter and Wilmar was the recipient. Including these two files, the suits between the parties are closed with the agreement they have entered into the amicable agreement. According to the amicable settlement, a party which breaches the deal will be fined with 200 million Br.

The lawyers of both parties refrained from giving any comment mentioning the confidentiality of their deal.