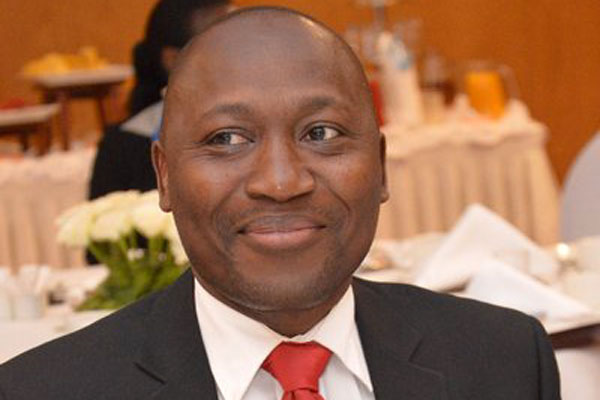 Kampala - Uganda Revenue Authority (URA) is locked in a fresh row with Tullow Oil over Capital Gains tax liability on the $900m (Shs3.4 trillion) sale of the latter’s assets to France’s Total E&P and China’s Cnooc. Capital Gains Tax (CGT) is a levy charged on the profit when an asset is sold upon appreciation of its worth.

The latest contest, sources said, is essentially about the structure of payment of the tax on the $900m sale.

Sources intimated that Tullow is protesting payment of the CGT in a lump-sum but rather wants to pay in instalments over time.

On the other hand, URA wants the payment in one lump for the “deemed sale”. The transaction in contest is Tullow’s transfer of 21.57 per cent of its assets to Total E&P and Cnooc respectively.

In January last year, Tullow sold 21.57 per cent of its interests in each of the three exploration areas to Total E&P for $900m (about Shs3.2 trillion).

The total consideration was structured in two ways; $200 million (Shs722b) in cash consisting of $100m (about Shs361b) upon completion of the transaction and $50m (Shs180b) at both Final Investment Decision and First Oil.

Later, $700m (about Shs2 trillion) would be in deferred consideration which will be used by Tullow to fund the company’s share of the costs on the upstream development project and the associated export pipeline project.

In March last year, Cnooc invoked its preemptive rights, a key clause in the Joint Venture agreement, to acquire half of the shares floated to Total E&P which sparked protracted haggling.

The URA commissioner for public and corporate affairs, Mr Vincent Seruma, said discussions on the matter are ongoing, but declined to give further details.

Tullow general manager Jimmy Mugerwa said: “Everyone has a view, but we are continuing the discussions.” Total E&P’s Africa director for Corporate Affairs Ahlem Friga and Cnooc’s senior public relations supervisor Aminah Bukenya confirmed the discussions on the matter, but he too did not give further details.

However, sources in Energy said the contest over CGT is hindering approval of the transaction by government. The first hindrance, which has since been sorted, was operatorship of the lucrative oil fields in EA2—which was won by Total E&P.

If, however, approved by government, both Total E&P and Cnooc will each retain a 37.5 per cent shareholding in Uganda’s oil fields while Tullow will remain in a non-operator position with 11 percent interest equity.

Total E&P and Cnooc entered Uganda in 2012 after each acquired a 33.33 per cent stake from Tullow for $2.9b (about Shs11 trillion). URA had initially slapped a $473m (Shs1.7 trillion) bill as CGT on the transaction but Tullow appealed against the assessment before the Tax Appeals Tribunal. The dispute ended up under international arbitration in September 2013. Tullow eventually relented to pay $250m (Shs949b) as CGT liability which was paid in instalments.

Meanwhile, the report on final recoverable cost for the Production Sharing Agreements (PSAs) between oil companies and government between 2001 and 2011 shows the total recoverable sum stands at $935m (about Shs3.4 trillion) out of the $1b (about Shs3.7 trillion) claimed by the companies. This is money ideally due to Tullow which bought off all the other oil companies until 2010.

The audit report, a copy seen by this newspaper, shows another $81.147m (Shs300b) was disallowed as “costs not recoverable” by oil companies from the same PSAs.

Sources familiar with the audits told Daily Monitor that the audit report for the PSAs signed between 2012 and 2016 with Total E&P, Tullow, and Cnooc, will be ready by end of next month.