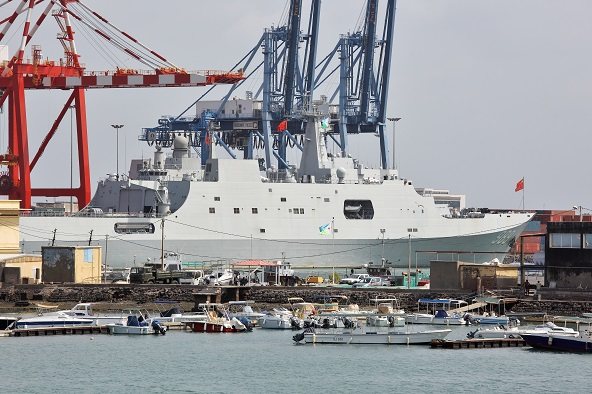 The Djibouti government may settle its legal fracas with DP World over the Doraleh Container Terminal (DTC) with a US$ 500 million payout, according to the Chairman of the Djibouti Ports & Free Trade Zones Authority (DPFZA).

Speaking to the Financial Times, Hadi expressed that the East African state has no interest in negotiating ownership of the DTC, and that it would be willing to pay the Dubai-based company compensation.

“For us arbitration is over,” said Hadi.

“[DP World] have to sit down with us, take their money and go.”

DP World threatened legal action against Djibouti and China last week in response to the two countries creating the Djibouti International Free Trade Zones (DIFTZ), of which the DTC is an important part.

The signing of the DIFTZ came after Djibouti seized the DTC in February 2018, an act that Hadi defends by claiming DP World was “trying to control more and more ports in the Red Sea”.

The DPFZA has claimed that the DTC was only functioning at 57% capacity, and that the agreement blocked competition and that cancelling it was legally sound.

DP World has claimed that the $3.5 billion DIFTZ violates the 50-year concession agreement, which Djibouti has disputed.

In response, the DPFZA said: “The opening of the DIFTZ does not violate DP World’s contractual rights in any way.

“DPFZA deeply regrets the repeated, misleading comments from DP World. DP World seems to be engaged in a sustained but futile campaign to misrepresent the facts.

“DPFZA continues to develop a world-class trade and logistics hub, thanks to long-standing links with major international businesses.

“Djibouti remains committed to undertaking fair business partnerships with companies from around the world.

“The recent opening of the DIFTZ shows Djibouti is becoming a leading investment destination in Africa and for Africa.”