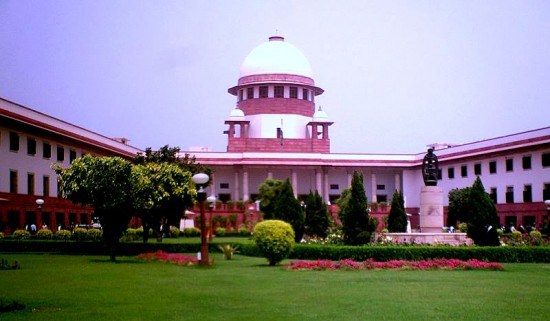 The Supreme Court today approved a settlement between Reliance Communications and the Indian unit of Ericsson, clearing the way for the Anil Ambani-led company’s assets to Reliance Jio Infocomm. The apex court not only directed Rcom to pay Rs 550 crore to Ericsson by Oct. 1, but also ordered the firm’s Chairman, Anil, to give an undertaking for the same. The company’s shares surged to a day’s high of little over 15% following the top court’s order today.

The news comes after Ericsson, on Thursday withdrew from the settlement deal with Rcom, as it had objections to the settlement terms suggested by the Indian telco. This also comes just two weeks after the company said that it is confident of closing the sale of its wireless assets to Reliance Jio Infocomm in the July-September quarter of this fiscal year.

Reliance Jio had said in January that it would buy wireless infrastructure assets from RCom in an all-cash deal, which experts pegged at Rs 24,000 crores. This deal, which was set to be completed by March-end, was a big part of RCom’s effort to cut its debt. RCom said that after the purchase Jio will gain over 178,000 kilometres of optic fibre, more than 43,000 cellphone towers and 122.4 MHz of 4G Spectrum in the 800/900/1800/2100 MHz bands. The deal even got its approval from the Competition Commission of India (CCI) earlier in March.

However, it could not be executed as companies continued to challenge it. In March, an arbitration court stayed sale of RCom’s wireless assets after Swedish company Ericsson took the legal route to recover its dues. On April 5, the Supreme Court lifted the stay on the sale of assets by RCom, directing that secured lenders can proceed with the asset sales in accordance with law. There was an another halt in the offing as the Supreme Court stayed an order by the National Company Law Appellate Tribunal (NCLAT) which allowed partial sale Reliance Communications’ assets to Reliance Jio. This judgment came after HSBC Daisy Investments (Mauritius) Ltd approached the Supreme Court, challenging the tribunal’s April 6 order which had cleared the RCom-Jio deal.

This was followed by an insolvency tribunal’s ordering bankruptcy proceedings against RCOM on a petition filed by Ericsson, in May. On May 30, the NCLAT had ordered that the insolvency plea initiated by Ericsson India. against RCom would be put on hold, in favor of a settlement plan. However, the tribunal had also said if the company fails to pay Ericsson’s settlement dues within the specified time frame, the insolvency proceedings would resume and that the funds recovered through any asset sale would have to be given back to RCom. The Anil Ambani-led company had approached the Supreme Court objecting to this clause in the NCLAT order, saying that the sale should not be reversible. The Supreme court will hear Reliance Communications’ plea to end the insolvency case on Oct. 1.