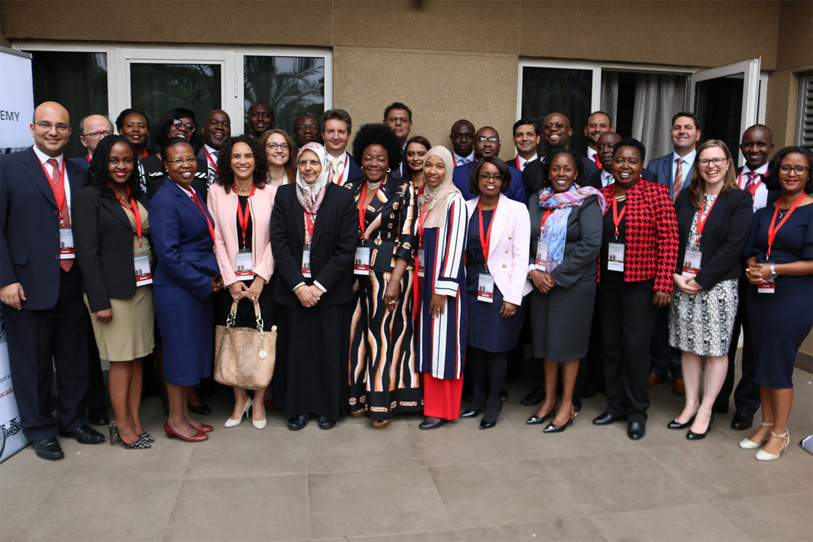 Enormous thanks go out to our guest speakers and panellists and to our fully engaged audience, comprising senior representatives of established and emerging arbitral centres, senior judges, seasoned practitioners and academics from national, regional and international jurisdictions. This was ALN Academy's Inaugural Arbitration Workshop, in collaboration with ALN Kenya | Anjarwalla & Khanna and JMiles & Co, and was sponsored by Microsoft.

We shall more formally summarise and share the key take-aways from the Workshop in due course. In the mean-time, we are compelled to mention a few highlights.

What was most evident at the Workshop was the recognition of the need and the actual commitment to collaborate, both within the interior (Africa wide) and externally, with the aim of bolstering the collective capacities of arbitral centres and practitioners within Africa. Importantly, these sentiments were coming from those in positions to make immediate impact. To illustrate the point, take what happened on our panel discussing digital solutions for arbitral institutions and practise. Dr Selim, Director of the Cairo Regional Centre for International Commercial Arbitration (CRCICA, in discussion with Registrar Mbatia of the COMESA Court, indicated CRCICA's willingness to provide the COMESA Court with access to its institutional facilities on a similar basis accorded to other institutions in Europe. This was a stunning offer and one that when officialised will no doubt have a significant and positive impact on the COMESA Court's ability to deliver its services to member states. Such levels of openness and genuine solution focused discourse was very much in keeping with the general tenor throughout the two days.

In so far as becoming a recognised and well used international arbitration centre, arbitrator or practitioner was concerned, there was little doubt of just how stiff the competition was in this closely guarded field of law. Likewise, there was acute awareness of the need for the consistent delivery of excellence both in terms of institutional services and arbitrator/practitioner performance. That there was a need for greater diversity in international arbitration, was self evident and naturally the consensus was that this needs to be addressed robustly, proactively, at the institutional levels, but also at the practitioner levels. The practitioner client relationship was seen as playing a significant role in the choices being made as to venue and/or arbitrator. That said, there was equal recognition that quality of service is paramount in the attainment of just outcomes and legitimacy.

The rule of law overarch was an ever present theme within the discussions, as was the sentiment that African nations needed to reclaim their spaces that will give proper credence to their histories regarding their rule of law practices and systems of governance. This is not withstanding the well versed historical ills interrupting the evolution of these earlier modes of rule of law and dispute resolution mechanisms present for millennia on the continent.

As an aside, it is arguable that the apparent struggles African nations have in trying to entrench the rule of law within the social fabric of their countries, is a more contemporary phenomenon and may be attributed, in part, to the dislocation experienced from their home grown legal orders. The customary law and practices that have been able to gain some level of officialdom, were given little room for manoeuvre in the constitutional settlements that led to the independence of most African countries. To this day and at best, "local" customary laws play second fiddle to what is understood to be the established international legal order. That order is not, however, static, they are living instruments capable of being influenced as we go forward.

The fact of operating within the highly established arbitral legal regimes of the northern hemisphere and the influence they have had on legal frameworks within Africa, was by no means seen as a reason to subjugate the right and the necessity to build arbitral legal regimes that reflect the nuances and innovations of legal and commercial practice in Africa. The African domestic arbitral space, plural by its very nature, was seen as an important force to develop and much needed in order to gain internal buy-in from domestic users of such services. By growing the domestic arbitral capability, in other words the internal space, positive external perceptions and uptake were seen as likely to follow. China was regarded as a case in point. With its high levels of domestic usage, established arbitral centres in China have been able to develop operational and specialist expertise enabling their centres and the eco systems that surrounds them, to demonstrate high levels of competency that competes favourably at the international level.

Enforcement was recognised, as it is always, as being hugely controversial with particular reference to inconsistencies in national court decisions and international jurisprudence. With the added complexities regarding the tracing and securing of assets, the overall subject matter has been earmarked for a separate session altogether.

It was noted that in Europe there is currently a re-thinking and recasting process underway, vis a vis, how best to ensure that relevant and holistic considerations are at play in the administration and determination of investor disputes concerning EU States. That this was timely, given the discussions on the right to regulate and related concerns across Africa regarding how best to approach investor disputes involving African states. This is a very live subject and was seen as an area to keep abreast of, given the implications the outcomes will have in this field of law.

The discussions on digital solutions, as was anticipated, was hotly debated. An important and general point that came through on the day was that technology must serve specific purposes and must never become the master or the aim itself. How the various technological developments will be managed remains to be seen and particularly how legal regimes globally attempt to keep up with the pace of change. That said, some of the examples of the digital tools being deployed, for example on case management, translation, transcription and court presentation aids, were extremely compelling as to their effectiveness in administering efficient judicial processes at all levels. Will such developments marginalise users in the African context? The answer is undoubtedly yes, but at what levels are we talking about and is their realistic potential to leapfrog so that access to justice at the levels where this is likely to be an issue is promptly served?

What was and is clear, is the important role that the user experience will play in shaping the courts and arbitral centres of the future. As if from the mouths of babes, an intern undergraduate, present at the Workshop on our complimentary places scheme, stood up and promptly reminded those in authority, that he and his like were the future, that they probably had no interest in going to a court building or to an arbitral centre, that for him all of this could be achieved on his mobile device, just like the myriad of other social interactions carried out daily in such a manner. What ever one may think of this assertion, we ignore such remarks at our peril!