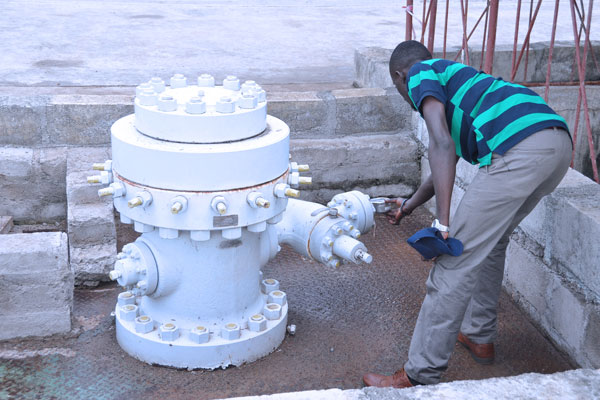 The farm down deal once approved, will see both Total E&P and CNOOC each retain 37.5 per cent shareholding in Uganda’s oil fields while Tullow plans to remain in a non-operator position with an 11 per cent stake. In its half year results released yesterday, Tullow also revealed that the technical Front End Engineering Design (FEED) studies and Environment Social Impact Assessments (ESIA) for two exploration areas—EA1 and EA2—have been completed and contract awards for the developers are “under evaluation.” “Overall project sanction is expected around the end of 2018,” Tullow said.

Total E&P and CNOOC, entered Uganda in 2012 after each acquiring a 33.33 per cent interest from Tullow under a joint venture arrangement.

Tullow first announced plans to sell its assets, first to Total E&P behind CNOOC’s back in January last year but the latter put the spanner in works in March by invoking its preemptive rights—to acquire half of the shares floated to Total E&P. The trio then deadlocked over operatorship of oil fields in Buliisa District, part of EA2, previously operated by Tullow Oil. Total E&P and CNOOC equally held non-operator interests in EA2. But in the ensuing discussions, it was agreed that Total E&P takes over the Buliisa field and CNOOC the Kaiso Tonya fields, also part of EA2.

At completion of the farm-down, Tullow in a statement issued yesterday, said it anticipates receiving a cash payment of $100m (Shs370b) and a payment of the working capital completion adjustment. It deferred consideration for the pre-completion period $59m (Shs218b) for 2017 and an estimated $70m (Shs260b) for 2018. “A further $50m (Shs185b) cash consideration is due to be received when Final Investment Decision (FID) is taken,” the statement indicated.

Tullow also said, together with Total E&P and CNOOC, are continuing to work towards reaching FID around the end of 2018 with operational activity continuing as planned.

“The upstream FEED is now complete and initial technical and commercial reviews of this work have begun, which will result in the award of the Engineering, Procurement and Construction (EPC) contracts.” “Important geophysical and geotechnical surveys across the upstream area, including at the proposed location for the Central Processing Facility, were completed in June. The upstream ESIA has been completed and has been submitted to the National Environmental Management Authority (NEMA) for review with approval expected in the third quarter,” Tullow’s statement added.

The deal is also expected to attract Capital Gains Taxes, a tax on profit when you sell (or dispose of) something (for example an asset) that has increased in value, which is still unknown. In 2012 when Total first sold to Total E&P and CNOOC for $2.9b (Shs10 trillion), making it the largest transaction to date in Uganda’s history, the deal attracted close to $700m which was battled in arbitration. In the first quarter of 2018, Tullow reported revenues of $905m (Shs3.3 trillion), up from $788m (Shs2.9trillion).

The company’s chief executive officer, Mr Paul Mcdade, said, “The results are further evidence of the progress that Tullow has made in the first half of 2018. With this firm financial foundation, we can concentrate on growth across our three core businesses.”

Meanwhile, Tullow revealed that discussions on the key pipeline project agreements continue between the joint venture partners and governments of Uganda and Tanzania.

“In the second half, Tullow anticipates completing key commercial, technical and land agreements with the governments of Uganda and Tanzania as well as the submission of the ESIA for the pipeline to both governments.”

At least 80 per cent of the pipeline, 1,147km, will be on the Tanzanian side. Technocrats from Uganda and Tanzania are currently discussing the Host Governments Agreement that defines the rights and obligations between each country on the project and will be ratified by the respective Parliaments once signed.