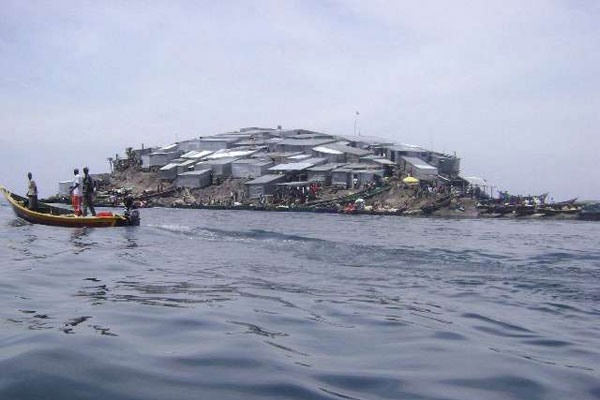 Ugandan security forces have rejected an attempt by Kenyan authorities to raise a flag on the disputed Migingo Island, in the latest incident that could indicate that the long-drawn conflict is far from over.

The Ugandans pulled down a Kenyan flag that had been hoisted on the fishing island in Lake Victoria, despite an initial agreement for joint policing of the one-acre piece of rock surrounded by fish-rich water.

"They pulled down the flag and warned the Kenyan police deployed on the island against making such attempts again," said Migingo beach management unit chairman, Mr John Obunge. Although the island is being co-manned by Kenyan and Ugandan security forces, only the Ugandan flag is allowed to fly.

To avoid a potential clash, the Kenyan security forces backed down after the aggressive Ugandan officers pulled down the flag and removed the post. But Kenyan fishermen taunted the Ugandans for disrespecting the Kenyan flag.

Border Migori County police commandant Mr Joseph Nthenge described the situation as calm soon after the incident. "The flag was hoisted by other civil servants and not the police," he said. Mr Obunge and other fishermen, however, disputed this saying that it was the police who put up the flag.

"Our officers argued that the flag must always be hoisted at a police post but the Ugandans would not listen to them," said the beach boss.

The Ugandan contingent on the island is larger in size than the Kenyan one. Last week, an MP accused the Kenyan government of continuously paying lip service to the Migingo ownership row.

He said the dispute pitting Kenya and Uganda has dragged on since 2004 yet the government “appears not interested in resolving this matter permanently”.

“It is sad that arbitrary arrests and intimidation continues to be visited upon Kenyan fishermen in Lake Victoria despite persistent calls from leaders to have the matter resolved,” said the Nyatike MP Tom Odege.

He noted that former President Mwai Kibaki failed to conclude the matter and “it appears President Uhuru Kenyatta may also exit office in 2022 without putting this dispute to rest”.

“The Ugandan security forces continue to arrest our people who are doing business on the island. President Kenyatta must revisit this matter with his Ugandan counterpart Yoweri Museveni because he swore to protect all the Kenyan boundaries in his capacity as the commander-in-chief,” said Mr Odege.

Senate Minority Leader James Orengo said the Migingo row should be taken to the International Court of Justice (ICJ) for arbitration. The Siaya Senator said all colonial maps showed that the island belonged to Kenya.

“The dispute has become an embarrassment to us and we must resolve it now using the goodwill created by the handshake between our two top leaders,” noted Mr Orengo. He said the international court has in the past handled territorial disputes of similar nature between other countries.