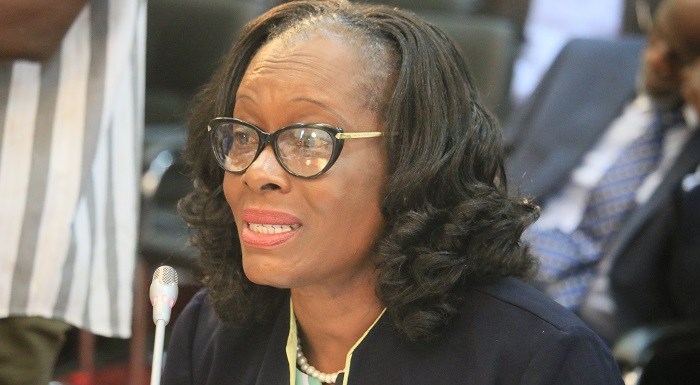 A-G advised us to settle with StarTimes – Andah

After the previous government won all cases against Chinese multinational media company StarTimes locally, the Deputy Communications Minister, has said Attorney General, Gloria Akuffo advised Ghana to not proceed with arbitration proceedings initiated by the Chinese.

George Neenyi Andah said upon reviewing the strength of Ghana’s argument against StarTimes’, the legal advisor to the government decided Ghana settles with the Chinese media giant.

The Awutu Senya West MP added that the government preferred the settlement because they believed perusing the legal journey would fracture the cordial relationship between the governments of Ghana and China.

The government of Ghana under the National Democratic Congress contracted StarTimes for the Chinese company to provide Ghana with services that will migrate Ghana from analogue to Digital Terrestrial Television (DTT).

However, StarTimes failed to meet the one year deadline for delivery on the project. Ghana then gave a grace period of an extra year but StarTimes again failed to access the funds they needed to deliver on the project to Ghana so the NDC government pulled the plug on the deal.

StarTimes then sued Ghana and lost from the High Court way through to the Supreme Court. The Chinese company then went ahead to an arbitration tribunal in London. The government of Ghana raised preliminary objections at the arbitration and won their argument.

But when power changed hands, the new government decided not to proceed with the proceedings.

What the settlement means for Ghana is that StarTimes would now come back to the table and expand what a local company, K-NET, has already done in terms of migrating Ghana from analogue to DTT.

According to the Deputy Minister, the enhancement would allow beneficiaries to access about 100 channels instead of the 40 built by K-NET. The deputy minister said more channels, than originally planned, are now needed.

He added that the need for an enhancement was arrived at after an audit of the system and also collating views from stakeholders.

GIBA believes StarTimes besides its sole profit agenda will use the medium to inject Chinese culture into Ghana through content local companies can provide.

Speaking on the show as well, Minority MP, Sam George noted that there’s something the government isn’t telling Ghanaians.

He argued that the New Patriotic Party (NPP) is simply bringing StarTimes back so they [NPP] can access some Chinese money to pump into other projects, money they would have otherwise missed.

“Let’s be clear in our minds, this whole discussion about an increase of the platform is a making of the ministry to accommodate StarTimes…” he said.

He also questioned the decision of the ministry to “audit a platform….which is not fully handed over”. “That is not standard industry practice,” he added.

K-net has also confirmed to Joy News that they have the capacity to execute what the Communications Ministry is handing over to the embattled StarTimes Company.