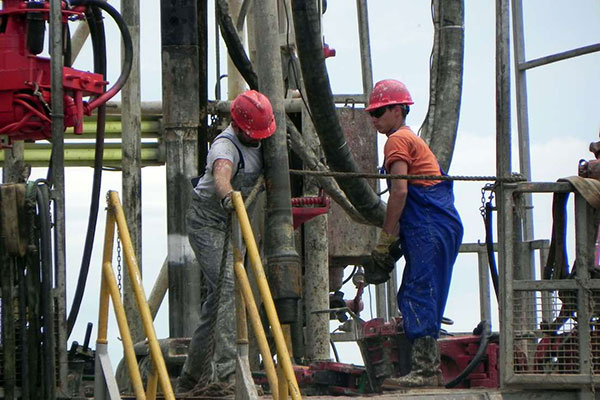 A fresh dispute involving $900 million has arisen between Tullow Oil and the Uganda government.

At the heart of the dispute is the law governing taxation of the sale of shares.

This latest development is expected to further delay Tullow’s sale of its equity in upstream and midstream oil and gas operations.

The delay to conclude this deal implies Tullow will not act on its planned partial exit, which was due early 2017.

The disputed tax emerged from Tullow’s application for a private ruling to understand whether the proposed transaction was taxable or not.

It turned out, from URA’s perspective that the transaction was taxable but Tullow does not agree it is taxable.

“We are still in negotiations, but there is a dispute. We want our money paid before the deal is concluded,” said Robert Kasande, Permanent Secretary in the Energy ministry.

“Discussions with the joint venture partners regarding the farm-down are still ongoing,” said Patience Rubagumya, commissioner for legal services and board affairs.

“These discussions take a bit of time before an agreement is reached.”

Although technocrats involved in the negotiations remain cagey regarding the disputed figures, sources told The EastAfrican that Uganda Revenue Authority (URA) is pushing to get one-third of the $900 million Tullow expects from the transaction.

“URA wants $300 million from the $900 million, but Tullow does not agree that the transaction is taxable because it is re-investing the money within the country,” a source told The EastAfrican.

Tullow announced that it had signed a sale purchase agreement (SPA) on January 1, 2017 with Total E&P to transfer 21.57 per cent of its 33.33 per cent stake in the joint venture partnership, which includes China National Offshore Oil Company (CNOOC).

Uganda has 6.5 billion barrels of oil, with between 1.4 and 1.7 billion recoverable in the 40 per cent explored areas in the Albertine Graben.

Estimates show that up to $15 billion will be required to commercialise the resources.

Last week, Energy Minister Irene Muloni said all activities in the sector will go on concurrently.

The projects are a refinery, a crude oil pipeline, a product pipeline and two central processing facilities.

When the deal appeared close to conclusion, a disagreement arose between Total and CNOOC over operatorship of Tullow’s areas. Tullow was the official operator of Exploration Areas 1, 1 A, 2 and 3.

Each of the joint venture partners holds equal shares of 33.33 per cent in all of Uganda’s discoveries.

Now, a further delay seems inevitable as the government and Tullow spar over the taxation.

Both parties are basing their arguments on the same tax regime — the Capital Gains Tax Act.

While URA argues that the law allows it to tap the taxes, Tullow says the law protects that move in as far as the gained money is reinvested within the country.

It was an agreement among the partners that Tullow would receive $200 million and reinvest $700 million in upstream operations and the East African crude oil pipeline as its share contributions, implying a reinvestment.

Tullow had hoped that selling its stake in Uganda would free financial resources that would enable it continue with operatorship in Kenya.

In March 2017, Tullow experienced the first hurdle in the bid to sell its shares to Total when CNOOC exercised its pre-emption rights and demanded half of the shares that were traded to Total after the parties had concluded agreements.

The whole process was restarted to accommodate CNOOC’s demands.

This is not the first time Tullow and the government are embroiled in a tussle over tax.

Kampala demanded over $400 million when the British multinational sold its shares to Total and CNOOC in 2012.

The Tax Appeal Tribunal resolved the matter in favour of government and Tullow paid a $250 million capital gains tax bill.

Tullow had disputed the URA’s assessment of $473 million of tax payable following the farm-downs and appealed against the assessment before the Uganda Tax Appeals Tribunal and commenced an international arbitration process in September 2013.