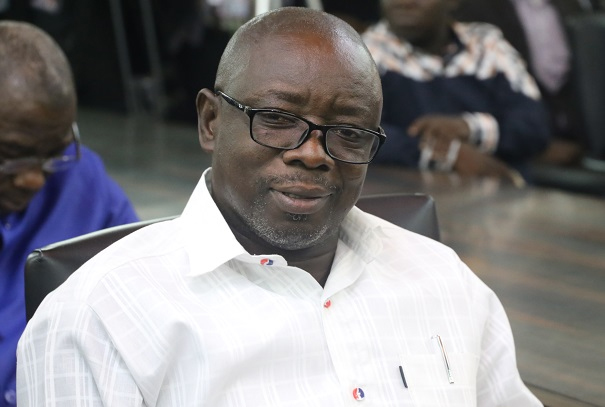 BCM Acquisition Of Nzema Mine On Hold

An Accra High Court (Commercial Division) has placed an interlocutory injunction on the sale of the Nzema Mine at Teleku Bokazo in the Western Region pending the resolution of a dispute in respect of royalties payable to African Champion Industries (ACI).

ACI is claiming from Adamus Resources Ltd. (Adamus) and BCM International Ltd. (BCM), approximately US$7 million in unpaid royalties covering the period – 2011 to 2018 – in respect of its interest in the Nzema Mine.

The injunction comes at the back of arbitration proceedings initiated by ACI in the Ghana Arbitration Centre where it claims BCM and Adamus have failed to honour their royalty agreement.

The court presided over by Justice George Buadi granted the application and restrained the defendant companies from paying or receiving monies due the plaintiff or agents, assigns, associates or representatives under the sale of the mining concession.

The court also ordered that the defendants should “preserve 3% of the net profits from the mine or 1% of the sales turn over which is higher from January 2018 into a high interest account”.

Meanwhile, ACI has petitioned the Minister of Lands and Natural Resources, Kwaku Asamoah-Cheremeh, to intervene in the royalty payment dispute between the three companies.

In its summary of facts, ACI avers that it has a royalty agreement with Adamus on the Nzema Gold Mine at Teleku Bokazo, and has been receiving royalty payments from Adamus for gold produced from this mine since 2012.

It said BCM, an Australian contract mining company owned by Paul and Angela List, acquired Adamus in late 2017 and this acquisition transformed BCM from solely being a contract miner to being a mine owner and operator.

“From when Paul and Angela List became aware of the ACI royalty in February, royalty payments have been halted, and all communications from ACI to Adamus/BCM have been ignored. Per the Royalty Agreement, ACI has informed Adamus by letter of its intent to seek arbitration, and has commenced the arbitration process”, the petition stated.

It said Adamus responded by claiming that the royalty agreement is no longer in effect and that “the $3 million in royalty payments made to ACI were made in error”.

ACI avers that the decision by Adamus not to pay its royalty per the existing agreement has led to it being delisted from the Ghana Stock Exchange because its financial situation is “significantly threatened” by Adamus’ non-payment of the royalty.

The petition is therefore urging the minister to prevail on Adamus and BCI “to make full payment of the outstanding royalty amount due ACI, plus accrued interest, plus costs of legal counsel, plus cost of relisting on GSE, plus a financial penalty to deter this type of predatory behaviour by foreign companies towards local suppliers”.

“Perform a third party audit of the historical operations of the Nzema Mine to verify that the royalty payments made to ACI to date were actually correct, cost of same to be borne by Adamus/BCM.”

It is also asking the minster to ensure that going forward, monthly third party verification of the royalty amount due ACI and ongoing cost of same to be borne by Adamus/BCM, to ensure accuracy of payment.