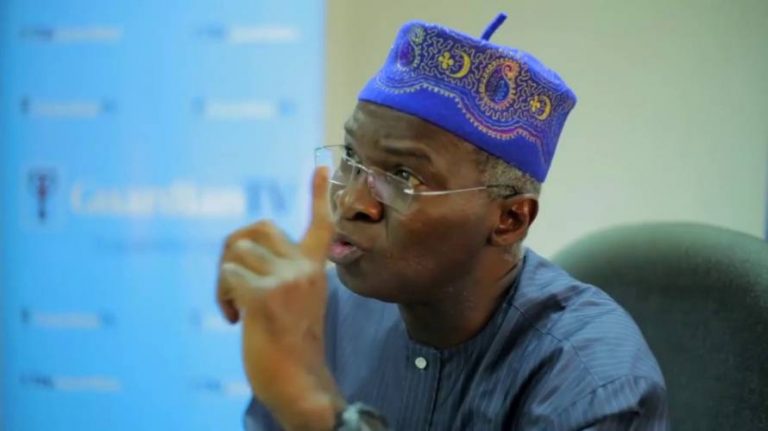 Fashola gave the advice at a regional workshop organised by the Lagos Chamber of Commerce International Arbitration Centre (LACIAC) on Friday.

The programme was put together in collaboration with the Association of Consulting Engineering in Nigeria (ACEN) and some law and construction firms.

It had the theme “Dispute Management in Africa Infrastructure Projects’’.

Fashola noted that costs and risk management were important factors that must be taken into account when undertaking projects.

He said that most Federal Government projects adhered to the International Federation of Consulting Engineers (FIDIC) principles.

The minister noted the need to ensure that the FIDIC researches were adapted to local construction needs and policies.

Citing various countries as examples, the minister explained that Nigeria had a land tenure system with ancestral lands or shrines where people were prohibited from building on.

He said the Mambila Power project suffered some setbacks because of several conflicts that led to litigations.

“If we apply international processes, there must be some room to reflect on international diversity and way we do things without necessarily being sub-optimal.

“Our land tenure processes, for example, are not exactly the same as that of Europe.

“So, if you bring contracting rules based on land tenure processes of another jurisdiction, it may be sensible to want to adapt them here if you really want to use infrastructure to create growth and wealth,” he said.

The minister said that lawyers sometimes made some project agreement ambiguous and so difficult to understand, adding that adaptation of laws to suit local requirements was important.

He said that the Mambila Power Project would provide huge employment and investment opportunities for the quarries, haulages companies, banks and other stakeholders in the construction value chain.

According to him, 18 million tonnes of stones and 42,000 tonnes of steel were some of the materials needed for the Mambila Power project which was a huge opportunity for job creation and local businesses.

“If you own a quarry now, you are sitting on a gold mine, especially if it is near Taraba State. That is the tomorrow I see; that is work; that is prosperity and the driver is infrastructure,” he said.

He said Mambila project would be guided by FIDIC rules, adding that guidelines for procurement process of the project had begun.

He said that 644,000 tons of aggregates, four million cubic meters of sand; 68,000 tonnes of cement and about 21,000 tonnes of reinforcement materials were needed for the construction of the bridge.

He urged the workshop to fashion out ways to tackle contracting rules to create jobs, economic opportunities and remove conflicts that might end up in courts to increase costs of projects as well as cause delays.

Mr Charles Akindayomi, the President, Association of Consulting Engineering in Nigeria (ACEN), said the programme was aimed at nipping in the bud some of the construction related problems.

Akindayomi said it was better to avoid conflicts from the beginning, according to the News Agency of Nigeria, NAN.

He said that Nigeria was a member of FIDIC and that there were several well researched publications local engineers could use as reference materials to avoid conflicts.

“Avoiding risks is much more cheaper than arbitration,’’ he said.

He said this was the first time lawyers and engineers were coming together to proffer solutions to the several problems in the construction industry in the nation.

He said that cost, risk management and adjudication issues were all captured by FIDIC to ensure less litigations.

Mr Tunde Fagbohunlu, Chairman, Board of Directors of LACIAC, said that African countries had problems in the management of infrastructure disputes, hence, the workshop to develop capacity.

Mr Ayodeji Karim, Managing Director of Costain West Africa Plc, while delivering his lecture said that it was important to authenticate ownership of land to be built upon as well as resolve community issues on any piece of land for project.

“Finance is important and as a contractor you must know the capability of your clients before going to site,” he said.

Other speakers highlighted the importance of Alternative Dispute Resolutions as well as adaptation of technology through computer programming to avoid disputes that might slow down construction and make projects more expensive.

The workshop was the first Regional Training on dispute management in Africa construction industry.