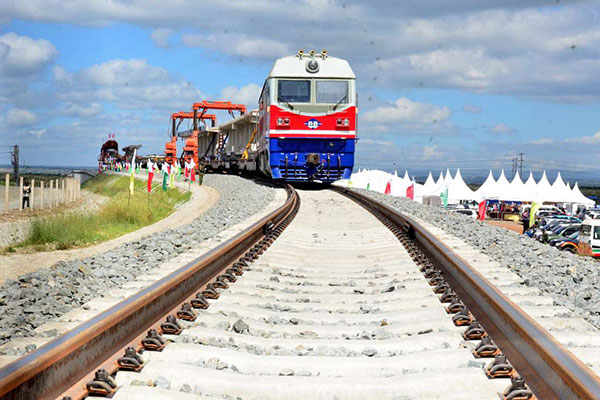 SGR pact with China a risk to Kenyan sovereignty, assets

Kenya’s key strategic assets at home and abroad will not be protected by “sovereignty” and risk being seized by the Chinese government should there be a default in repaying the Standard Gauge Railway loan, a copy of the contract seen by the Sunday Nation reveals.

The initial agreement for the Mombasa-Nairobi railway signed on May 11, 2014 also details how the pact will be governed by Chinese laws with all disputes being arbitrated in Beijing.

In addition, the contract, and a subsequent one on the Nairobi-Naivasha phase, also have a confidentiality clause gagging Kenya from making the deal public “without prior written permission of the lender (China)”.

This comes more than two weeks after President Uhuru Kenyatta, responding to a question from NTV’s Mark Masai during a live television interview on December 28 last year, promised to release the SGR contract to put to rest any “porojo” (rumours) that the Chinese could seize the Port of Mombasa.

This week, State House spokesperson Kanze Dena, in response to our enquiries, said the contract “can be released anytime, even this week”.