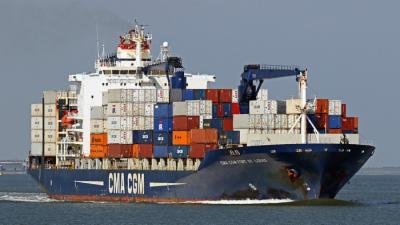 CMA CGM Kenya Ltd, whose parent company is based in France, allegedly arranged a trip for its former deputy chief financial officer, Paul Mbugua, and forced him to resign while in France.

Mr Mbugua, in documents filed at the Employment and Labour Relations Court, claimed the firm forced him to draft a handwritten note tendering his resignation.

“The respondent created a deliberate cover-up to pave way for unlawful termination of my employment. The respondent caused me to travel all the way to France knowing clearly that the intention was to unprocedurally terminate my employment in the guise of involuntary resignation.”

He claimed in his affidavit that he was coerced into going on the trip even though his visa had only three days to expire.

Mbugua further claimed that after he was forced out of the company’s France office, he had no opportunity to seek redress. He joined the firm in 2013.

Supporting documents submitted to the court show that prior to his sacking, Mbugua had just been promoted to the position of chief financial officer and was to take up his new posting in Sierra Leone.

“The promotion and the new role was confirmed in writing through a hiring confirmation dated July 19, 2018, which the hiring contract stipulated the type of contract was an unlimited employment contract,” he claimed in the papers filed by Okatch and Partners advocates.

Before going to Sierra Leone, he was required to travel to the head office in France for pre-deployment briefing. However, things took a surprising turn upon his arrival as he was allegedly forced to tender his resignation.

“The respondent terminated my employment in France knowing well my visa was to expire in three days and I, therefore, could not have any recourse or engagement with the management so as to express my dissatisfaction,” said Mbugua>

The labour court has directed that the case is resolved through arbitration as per the employment contract and that the arbitrator be appointed by the Kenya Federation of Employers.