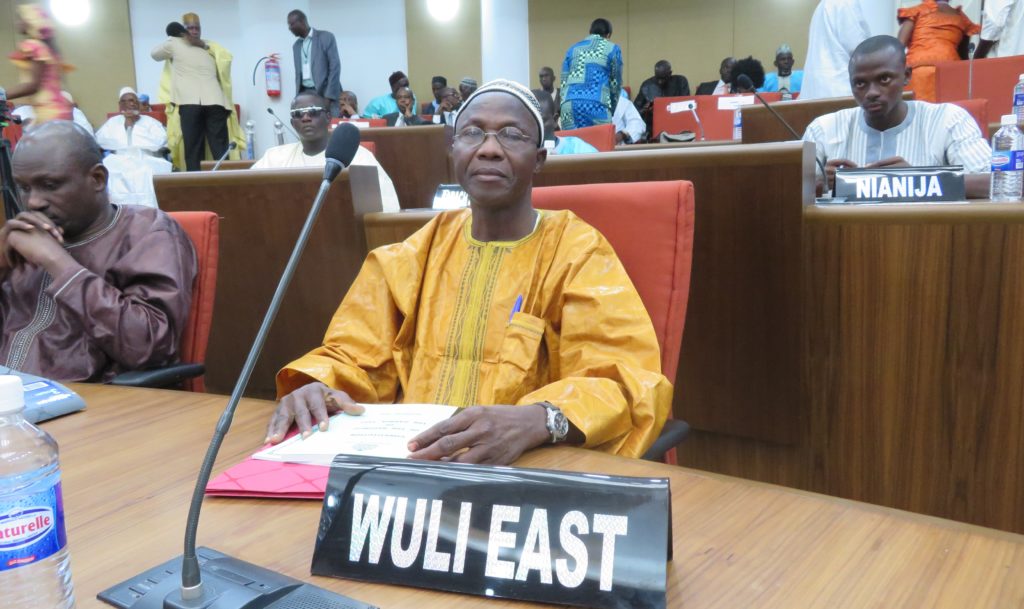 Gambia: Important Questions Asked By NAMs On Oil Exploration in the Gambia

The Member for Wuli East Constituency Honourable Suwaibou Touray asked the Energy and Petroleum Minister Hon. Fafa Sanyang to inform the Assembly whether indeed oil has been found in Gambian waters, and the estimated barrels of oil involved in the two blocks mentioned by the president during his 2018 State of the Nation address to the National assembly.

The Minister in response asserted that, no oil has been found anywhere in the Gambia yet, hence not in Gambian waters. He said pre-drilling geological and geophysical investigations had identified prospects in the two blocks and that the operator (FAR Limited) has estimated up to a billion barrels of oil resources, and made public announcements. He said the existence of oil and gas can only be confirmed by drilling and one of the prospects (SAMO-1) was drilled in October/November 2018 and it is this drilling programme that the President was referring to in his State of the Nation Address to the National Assembly.

The Wuli East member also asked whether the Minister can clarify whether any registered oil exploration company has sought international arbitration against the Gambia and whether the outcome of the said arbitration in question affects The Gambia in any way?

The Energy and Petroleum Minister informed that a company called African Petroleum was a holder of offshore Blocks A1 and A4 licences, which were signed in 2006. He said the Initial Exploration Period which was extended upon request from the Company on 3 occasions, had since expired without the Company fulfilling its drilling obligations; that the Company's application for further extension was not approved by Government in 2016.

However, he confirmed that the company, African Petroleum, then decided to initiate international arbitration against the Republic of The Gambia and the Proceedings are still ongoing. He however told law makers that the Government is confident that the Gambia acted properly and lawfully and that hopefully it would prevail in the arbitration, but added that any adverse outcome would certainly have a significant financial impact on the Gambia.

A supplementary question raised by Hon. Suwaibou Touray was whether African Petroleum complained only about the lack of approval of extension or were there other issues connected to their complaint at the International arbitration and if yes what are the core issues.

The Hon. Minister Fafa Sanyang in response said what he knows was that African Petroleum had requested for extensions which were done for 3 occasions but were expired and the Company's further application for extension was not approved which compelled them to lodge complaint at the International arbitration. He however said since the matter is in Court he is not allowed to dwell into the case.

The Wuli East member further asked whether the Hon. Minister could inform the Assembly whether there is any dispute involving our neighbour Senegal regarding the location of the oil find due to odds over maritime border and if yes, are there any issues involved regarding the said dispute which has slowed down the process of oil production in the Gambia?

Hon. Minister Sanyang in his response said: "allow me to reiterate that, as of now, there is no oil discovery in the Gambia and hence no dispute in relation to oil. Furthermore, as far as I know there is no maritime boundary dispute between the Gambia and Senegal."

In a supplementary question, the Wuli East Law maker further seeks clarification as to whether there is any dispute over maritime border with any of our neighbours and if yes, which of the neighbours?

On the same issue, Hon. Momodou Camara, Member for Foni Bintang asked the Minister to inform the Assembly as to who is now exploring and how was the contract was awarded;

Hon. Minister Fafa Sanyang in response informed that currently two oil companies, FAR and PETRONAS are exploring for Oil and Gas in The Gambia onshore blocks A2 and A5. He added that the licences were originally granted to CAMAC Energy Limited on the 24th of May 2012 through direct negotiations. He said CAMAC later became Erin Energy, and farmed-out 80% of its shares in the license to FAR in 2017. He said FAR in-turn farmed-out 40% of its shares to PETRONAS.