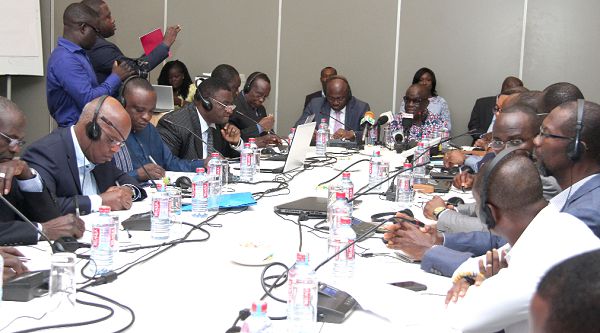 The government of Ghana has announced that it will not hesitate to seek international arbitration if its counterparts from neighbouring Togo fail to cooperate with Ghana’s Technical Delegation Team that is negotiating a maritime dispute along the eastern border of the country.

Ghana and Togo have failed to come to a consensus after three rounds of negotiations on the maritime boundary demarcations.

The disputed territory is believed to hold oil and gas in commercial quantities.

Already, upstream activities have come to a halt due to an increase in hostile threats from the Togolese naval forces since December last year.

Speaking to Class News, the Head of Ghana’s Technical Delegation Team, Lawrence Apaalse, said the government of Ghana will be forced to opt for international arbitration if the talks are exhausted without a consensus with the Togolese counterparts.

He said: “There’s a timetable for us to reach an agreement and so far, we’ve met three times and we are about to go for the fourth meeting on 14 February although we haven’t confirmed that.