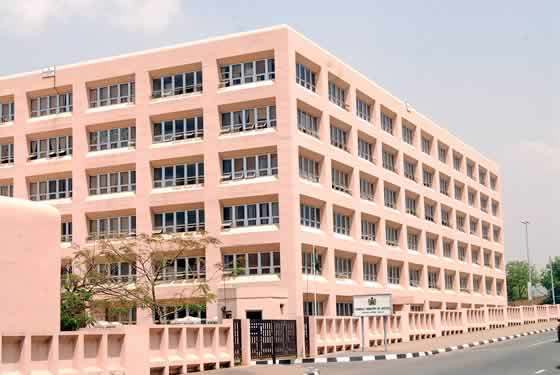 The federal government has explained the legal proceedings which resulted in a default decision for the enforcement of the payment of $6.59 billion against Nigeria to a British firm, Process & Industrial Development Limited (P&ID).

Addressing judiciary reporters in Abuja on Tuesday, the Solicitor-General of the federation, Dayo Apata, said the court’s decision was a “default entry made by the clerk of the United States’ District court” after the Nigerian government failed to defend itself from an allegation made by the P&ID.

Mr Apata however stated that the ‘default entry’ was not a judgement, adding that the court lacks constitutional powers to institute such an order against a sovereign state like Nigeria.

PREMIUM TIMES reported how Nigeria’s failure to comply with a contract agreement resulted in the default decision against Nigeria. The attorney general, Abubakar Malami, had repeatedly refused to respond to our enquiries before the story was published. Other officials like the petroleum minister and the office of the vice president could also not clearly explain the government’s stance.

In his press briefing on Tuesday, Mr Apata, who claimed media reports on the matter were “false”, did not contradict the various facts mentioned in our story, but said what the U.S. court decided was only a “default entry” and not a “default judgement.”

“It needs to be stated that what is being taunted as a default judgement was actually a default entry made by the court clerk. Under the Foreign Sovereign Immunities Act (FSIA), a defendant has up to 60 days period to answer to a petition filed against it.

“Where no response is entered for the defendant, the court clerk upon application by the petitioner, makes a default entry, which in this case was made on June 5.”

The government official did not disclose why Nigeria failed to make representation within 60 days as expected especially as the government was fully involved in previous arbitration on the matter which led a tribunal to rule against Nigeria for the payment.

He said there are certain conditions that must be attained before such a judgement by the U.S. court can be delivered, essentially explaining the arguments the government will now take to the U.S. court.

“It is to be noted that under the FSIA, a default judgment cannot be entered against a foreign state like Nigeria unless the presiding judge determines so after the petitioner/claimant must have established its entitlement to a default judgment.”

“Based on the presumption of sovereign immunity, the US District Court is still under obligation, despite default by a Foreign State, to determine whether the Foreign State is immune from the jurisdiction of the US Court under FSIA or whether the case before it falls within one of the recognised exceptions.

“Even where the court determines that it has jurisdiction, a default judgment will not be granted automatically or as a routine matter to be handled by a court clerk as this can only be done after a formal trial.

“We place reliance on the provision of Section 1608(e) of the FSIA which states thus: “No judgment by default shall be entered by a court of the United States or of a State against a foreign state, a political subdivision thereof, or an agency or instrumentality of a foreign state, unless the claimant establishes his claim or right to relief by evidence satisfactory to the court…”

He said the federal government has taken steps to set aside the enforcement of the court’s proceedings.

“The federal government through its foreign solicitors, Messrs. Curtis, Mallet-Prevost, Colt & Mosle LLP, has commenced the process of challenging and defending the enforcement proceedings.”

PREMIUM TIMES earlier reported how a gas processing and production agreement reached between Nigeria’s Petroleum ministry and the P&ID was foiled after the British company accused Nigeria of failing to keep its own end of the bargain.

Under the terms of the contractual agreement, P&ID was to construct an accelerated gas development project to be located in Cross Rivers State.

The federal government was to source for natural gas from oil mining leases (OMLs) 123 and 67 operated by Addax Petroleum and supply to P&ID to refine into fuel suitable for power generation in the country.

However, P&ID alleged that after signing the agreement, the federal government reneged on its obligation after it opened negotiation with the Cross River State Government for allocation of land for the project.

The company said attempts to settle out-of-court with the federal government failed.

In August 2012, P & ID served the Nigerian government a Request for Arbitration.

The federal government argued before the tribunal that “the failure of P & ID to acquire the site and build Gas Processing Facilities was a fundamental breach and that no gas could be delivered until this has been done.”

But the tribunal ruled that the Nigerian government’s obligations under Article 6B were not conditional upon P &ID having constructed the gas processing facilities.

In July 2015, the tribunal found that Nigeria had repudiated its obligations under the GSPA and that P & ID had been entitled to accept the repudiation and claim damages for breach.

On December 23, 2015, the government asked for the award to be set aside. That was after earlier committing that the arbitration decision shall be final and binding upon parties.

In the tribunal’s opinion, the damage suffered by P&ID was the loss of net income the company would have received if government kept its side of the contract.

Apart from being a new company incorporated in 2006, Mr Ojo noted the project could not have started yielding benefits earlier than 2015.

Mr Ojo said the highest amount payable as damages to P&ID should not be more than $250 million.

However, considering that the final award remained unsettled since 2013, it attracted additional $2.3 billion in uncollected interest as of March 2018.

“The final award is governed by such a treaty — the New York Convention. So, Nigeria’s status as a foreign sovereign does not deprive this court of jurisdiction to confirm the award,” P&ID said in its March 16, 2018 application seeking enforcement of the award.

Following its failure to stop the arbitration, PREMIUM TIMES learnt the federal government opened initial negotiations for the settlement of the award. But, the effort was unsuccessful.