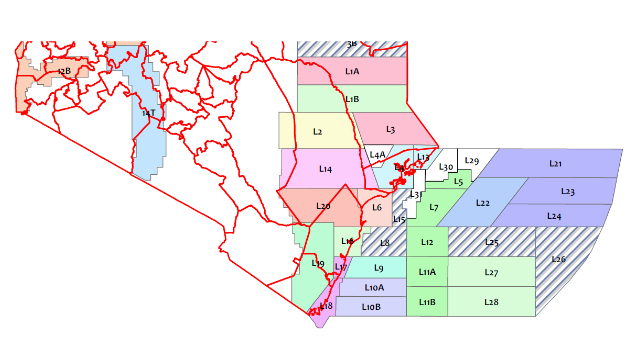 Kenya has recalled its ambassador from Mogadishu and asked Somalia's ambassador to leave after accusing the Somali government of auctioning exploration blocks within disputed waters.

The two nations have been debating the location of their joint maritime boundary since 2009, when Somalia initiated an arbitration proceeding with the Commission on the Limits of the Continental Shelf. The Kenyan-claimed boundary line runs due east from the seaward terminus of the Somali land border, along a parallel at about 1.7 degrees S, and it dates back to 1979. Somalia seeks an alternate boundary line drawn equidistant from each nation's shores. In 2014, after the two sides failed to reach an agreement in arbitration, Somalia filed a suit with the International Court of Justice. Kenya disputed the ICJ's jurisdiction over the case, but the court disagreed and the case is proceeding.

On Saturday, Kenyan foreign affairs secretary Macharia Kamau accused Somalia of making "a most regretful and egregious decision . . . to auction off oil and gas blocks in Kenya's maritime territorial area." Kamau alleged that Somalia had held an "outrageous and provocative auction" in London on February 7, and characterized it as a "act of agression against the people of Kenya and their resources."

Somalia's government immediately denied holding an offshore auction affecting Kenyan-claimed areas. "Somalia is not now offering nor does it have any plans to offer any blocks in the disputed maritime area until the parties' maritime boundary is decided by the ICJ," Somalia's foreign ministry said in a statement on Sunday. Somalia added that it wished to "reassure the government of Kenya that it stands by its commitment not to undertake any unilateral activities in the disputed area until such time as the ICJ renders its judgement."

The dispute with Somalia would directly affect three E&P blocks that Kenya leased to Eni in 2012, and the boundary has bearing on potentially significant offshore oil and gas resources. In 2014, shortly before Somalia filed suit at the ICJ, Pancontinental and BG Group announced a significant find southeast of the contested area. "It is the only offshore oil column ever reported seaward of the eastern coastal margin of the African continent, from South Africa to the northwest tip of Somalia," said Pancontinental CEO Barry Rushworth in announcing the find. "We believe that this is a play-opening discovery in Kenya’s Lamu Basin."

Separately, the diplomatic dispute may also complicate the Kenyan-backed joint peackeeping effort in Somalia, which relise heavily upon troops contributed by other African countries. Kenya has supplied about 3,500 soldiers for the long-running operation against Somalia's al-Shabaab militant group.