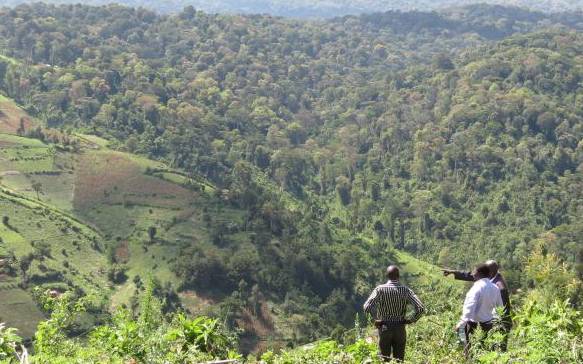 Investigations into the multi-billion-shilling scandal involving construction of three dams have unearthed major loopholes that cushion the contractor while sinking the taxpayer.

A significant proportion of the Sh91 billion meant to fund the dams has already been paid and at stake are huge loans the contractor borrowed.

The financial position of the contractor is in question yet the company has been guaranteed by the Government, meaning the loans will be repaid by Kenyans.

One of the shocking findings is CMC Di Ravenna, which is expected to deliver the dams that have since stalled amid corruption claims, never entered into any contract with Kenyan agencies.

Instead, different tender documents were signed and brought by various companies from Italy, South Africa and Kenya.

In one instance, a Paulo Porcelli signed a contract for the Sh38.5 billion Kimwarer Dam in Elgeyo Marakwet, but as a representative of CMC Di Ravenna South Africa.

CMC di Ravenna South Africa was never party to the contract entered into between project employer, Kerio Valley Development Authority, and the contractor. The project was to be executed jointly by CMC di Ravenna and Itinera.

Legally, the entities are different and responsibility for decisions made by one cannot be extended to the other, a proposition further buttressed by the fact the documents were signed by different people.

“Who signed on behalf of the Italian contractor?” posed the lead investigator in the probe that is also seeking to determine how some senior government officials received kickbacks.

Detectives involved in the probe have been taken aback that while the project employer KVDA was represented by Managing Director David Kimosop, the counterparts in the contract were not CMC Di Ravenna.

What has been established so far is the fact that a firm was irregularly involved in the contract. Another company, CMC Di Ravenna Kenya, presented the bidding documents.

The two contracts, signed on May 5, 2017 with all the glaring irregularities, have come under sharp focus. There are concerns the selection process was compromised from the start.

The duration of the projects was 60 months, meaning the dams should be completed by April 22. However, no work has been done to date.

The contractor, when questioned, said not even the initial preparations - including designs and architectural drawing - have been made.

Events that followed the award of the contract, which have also been unearthed by the detectives, show a money trail that starts in Italy and ends in Nairobi, with a detour in London.

Italy’s Intensa SanPaolo and UniCredit are the lead arrangers of the syndicated loan, together with Belgian lender PNB Paribas. Proceeds were paid to the contractor but with approval of contractor’s engineers.

Such approvals would be issued as completion certificates, essentially confirming the amount of work already done before the corresponding funds are released.