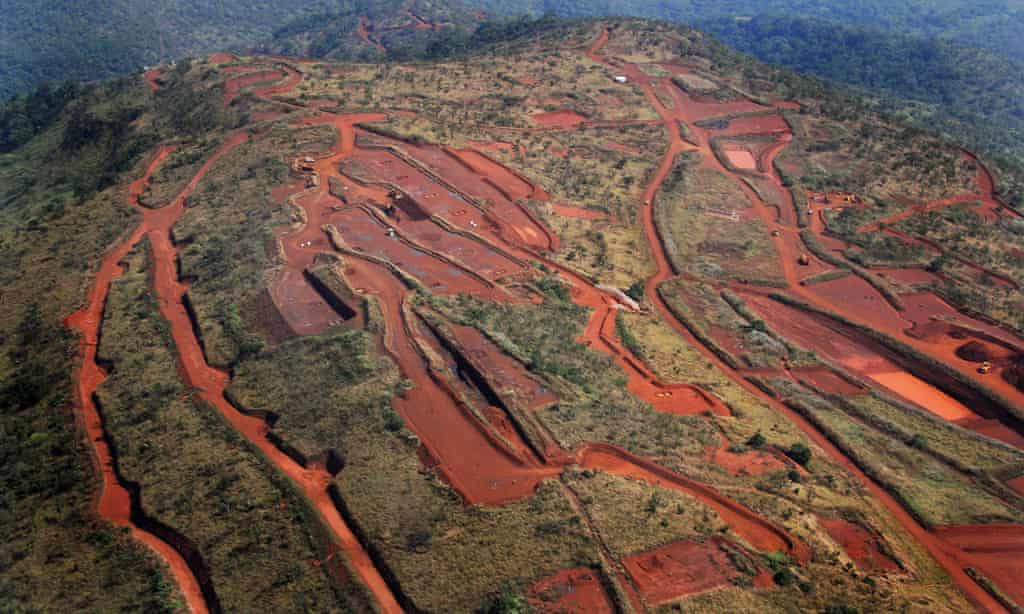 The mining group controlled by the controversial tycoon Beny Steinmetz is to walk away from a massive iron ore project in Guinea as part of an agreement that settles a long-running corruption dispute with the west African nation.

Development of Simandou – one of the world’s biggest iron deposits, containing billions of tonnes of high-grade ore – has been hindered by years of legal wrangling as well as the enormous cost of the required infrastructure, estimated at more than $20bn (£15bn).

Guinea had levelled corruption allegations at Steinmetz’s BSG Resources (BSGR) and stripped the company of its rights to the Simandou blocks and the smaller Zogota concession. BSGR denied any wrongdoing and responded by filing a notice of dispute at the International Centre for Settlement of Investment Disputes.

On Monday, BSGR said it would drop its claim on Simandou after reaching an agreement with the Guinea government in which the two parties will withdraw outstanding actions related to the dispute. The agreement, if implemented, should remove one obstacle to the mine being developed and is expected also to allow investment in the separate Zogota iron ore deposit nearby, in which BSGR remains interested.

In a statement, BSGR said: “Following this agreement, BSGR relinquishes its claims on blocks 1 and 2 of Simandou and both parties waive all outstanding procedures.”

Steinmetz and BSGR have attracted their fair share of controversy over the past five years. Having seen BSGR stripped of its Guinea mining rights is 2014, Steinmetz was arrested in his home country of Israel in 2016 over claims that he arranged for bribes to be paid to gain access to Simandou. Steinmetz has denied any wrongdoing. A company spokesman said he did not know if the Israel investigation is ongoing.

BSGR, which voluntarily entered administration last year to protect itself from legal disputes related to a project in Guinea, also indicated that it hopes to be involved in efforts by new investors to develop the Zogota iron ore deposit in the near future. It refused to comment on whether any future involvement at the Zogota site was part of the settlement agreement or if the company would now come out of administration.

Rival mining firms are also showing an interest in investing in Zogota, possibly as part of a deal involving BSGR.

One of them is Niron Metals, which is headed by Sir Mick Davis, chief executive of the Conservative party and the former boss of the mining group Xstrata.

A spokesman for Niron said: “The announcement [that Guinea and BSRG have agreed to settle their legal claims] has paved the way for the creation of an effective mining partnership between Niron and the government to mine this deposit. The company looks forward to bringing this to fruition subject the satisfactory settlement of all disputes between the parties.”

Guinea’s mines minister, Abdoulaye Magassouba, told Reuters: “We are pleased there’s been an amicable resolution of the dispute with BSGR, particularly since Guinea will recuperate the world-class deposit of Simandou’s blocks 1 and 2.”