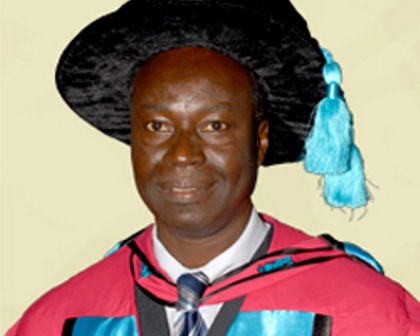 Accra, March 05, GNA - Professor Aboagye Menye, a former provost, Kwame Nkrumah University of Science and Technology (KNUST), will chair a three-member committee to handle, an out of court settlement for the Ghana Athletics Association (GAA).

Other members of the committee are; Mr. Richard Quarshie, a Sports Administrator and lawyer Akua Pokua Kwarteng, a legal practitioner as members.

The committee, is to submit its report to Professor Peter Twumasi, Director General, National Sports Authority (NSA) within fourteen (14) days of appointment.

The committee acting as an independent body, is expected to resolve the issue and pave way for congress to hold elections, after an Accra High Court directed that, the case should be settled out of their jurisdiction.

It would be recalled that at the last court hearing, the sitting Judge advised the two parties to consider an out of court settlement, since the sport is affiliated to regulatory bodies such as the NSA and the Ghana Olympic Committee (GOC).

A release signed by Mr. Charles Obeng Amofah, Ag. Head, Public Relations Unit, NSA noted that the two parties have been advised to appear before the court on March 26, 2019, if they fail to agree on the final outcome of the out of court arbitration.

Meanwhile the Professor Twumasi led administration have been clamouring for the various associations to set up arbitration committee to handle internal matters.