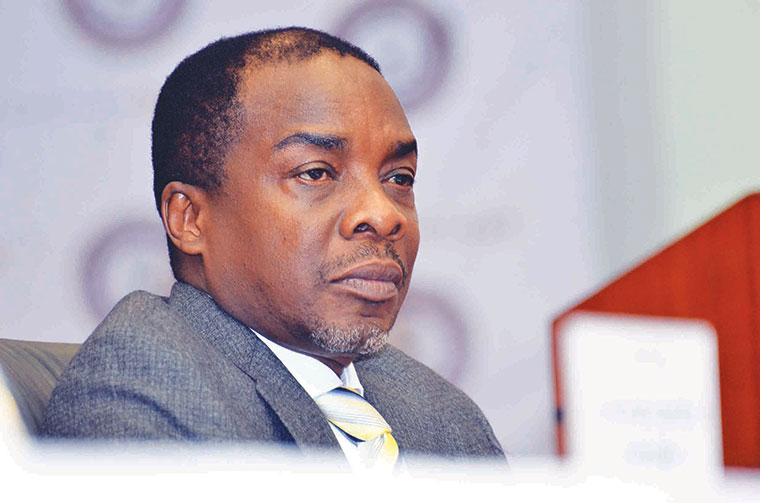 Parliament has withdrawn its application in which they wanted the attorney general William Byaruhanga cross-examined over the Shs 6 billion 'presidential handshake.'

In 2017, Ali Sekatawa,, the former lawyer of Uganda Revenue Authority (URA) petitioned court to stop government from implementing the findings and recommendations of the parliament's committee on Commissions, Statutory Authorities and State Enterprises (Cosase).

Cosase investigated circumstances under which top government officials shared Shs 6 billion between themselves as a bonus reward for helping Uganda secure Shs 1.4 trillion in capital gains tax from Heritage Oil's sale of its stake to Tullow Oil.

According to Sekatawa,, who received Shs 242 million from the 'handshake', the committee selectively evaluated evidence leading to wrong conclusions. He also challenged the fact that parliament went ahead to adopt a report, which was not signed by all the members of the committee that investigated the matter.

While appearing before justice Andrew Byabashaija of the High court on Thursday, the lawyers of parliamentary commission Tina Cherotich and Solomon Kirunda told court that they had made consultations with their superiors who advised them to abandon cross-examining attorney general and the applicant Sekatawa, over their affidavits sworn in the matter.

Presiding judge, Byabashaija also told Cherotich it was not going to be possible to cross-examine the attorney general because he is a witness and also a respondent. He told Sekatawa, to file his written submissions on the matter and serve the respondents before March 1.

Byabashaija said that if there is any rejoinder it should be made by April 5 and then the judgment will be delivered on May 31. The respondents were faulted for having recommended the inspector general of government Irene Mulyagonja to do investigations yet she is also biased on grounds that she appeared before Cosase and gave her opinion that the president had no powers to give the handshake.

Sekatawa, also argued that the Cosase committee led by Abdu Katuntu was composed of legislators who had also given their opinions prior to the commencement of investigations. In his petition, Sekatawa, says that Katuntu and MP Medard Sseggona shouldn't have been part of the investigation since it was improper on grounds that they had earlier approved the expenditure during the ninth parliament when they were members of Legal and Parliamentary Affairs Committee.

Last year, Justice Byabashaija issued an interim order blocking the IGG from ordering the beneficiaries to refund the money and also to start investigations until this main case is determined.

On February 24, 2015, the United Nations Commission on International Trade Law (UNCITRAL) dismissed a case filed by Heritage, which had challenged a decision by URA to collect a Shs 1.1 trillion capital gains tax. This was after Heritage sold its stake to Tullow Oil. The court directed Heritage to pay 11.5 billion in costs to Uganda.

Doris Akol, Uganda Revenue Authority (URA) commissioner general on May 17, 2015 went to Museveni's upcountry residence in Rwakitura in Kiruhura district to discuss URA's court win. Akol then wrote a follow up letter to Museveni on June 26, 2015, reminding him of the "presidential handshake" in appreciation of a team of 42 members who handled the tax arbitration case in London.

Akol proposed that Shs 6 billion be paid to the team as take-home package for their work.

"The amount recommended as a reward is an amount that will enable the beneficiaries use the funds for something tangible, i.e, to leave a legacy to remind them and their offspring of their contribution to the nation," the letter reads in part.

She said the recommended amount, of which Shs 2.3 billion was deduction of taxes, would enable the beneficiaries acquire a decent plot of land or facilitate finishes for their home constructions.

In response, Museveni, in a November 16, 2015 letter, directed the minister of Finance, Matia Kasaija to effect the payments, as a token of appreciation to the team. The ministry's permanent secretary, Keith Muhakanizi wrote to Akol on May 25, 2016, stating that the funds could not be allocated as supplementary then, but that it would be paid out in FY 2016/2017.

The money was paid out in August 2016, with Akol receiving Shs 242 million. Former attorney general, Peter Nyombi receiving Shs 226 million; his deputy then Fred Ruhindi got Shs 93 million, while Muhakanizi is quoted to have got Shs 108 million.

In April 2017, it was reported that Museveni had agreed to refund the Shs 6bn off the State House budget after he reportedly agreed that it was wrong for the officials to have got the money from URA's budget instead of State House or Office of the President.