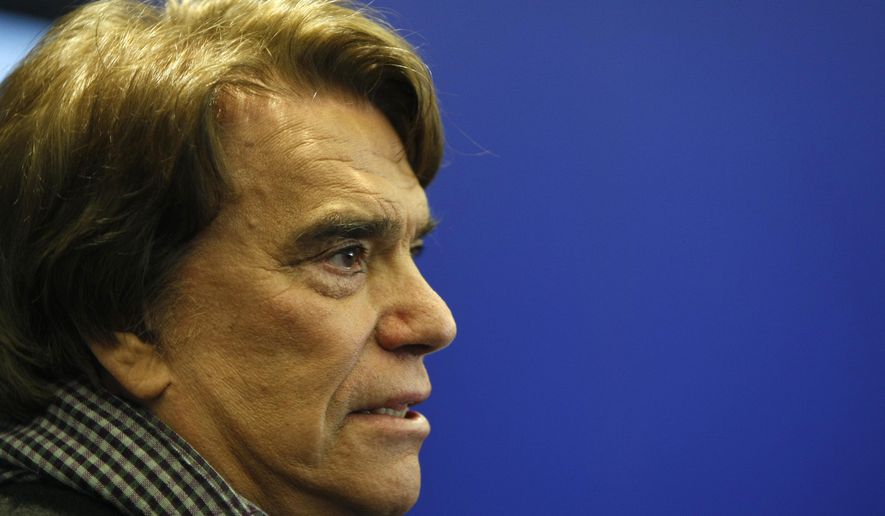 PARIS — French tycoon Bernard Tapie is facing a criminal trial over a fraudulent 404 million-euro ($450 million today) arbitration package linked to his sale of sportswear company Adidas in the 1990s.

Civil courts have already ruled the unusually generous 2008 award was the result of fraud and ordered Tapie to refund the money. Tapie and five others are in court in Paris starting Monday in a trial that will determine whether they also face criminal penalties.

Tapie told French media he would suspend his treatment for stomach cancer to fight the accusations.

The payout to Tapie came from state funds, prompting public indignation and questions as to whether he benefited from political connections, including with then-President Nicolas Sarkozy.

Tapie is a former TV star who once owned the Marseille soccer team.