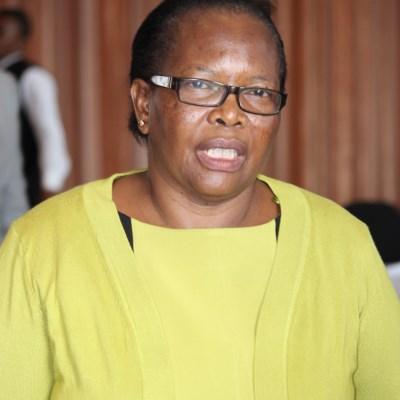 CHIEF Justice Irene Mambilima says litigation is adversarial as it tends to be very acrimonious and often leaving litigants financially and emotionally bruised.

Speaking at Radisson Blu Hotel during the Alternative Dispute Resolution Open Day organised by the Zambian branch of the Chartered Institute of Arbitrators, Chief Justice Mambilima said she had taken keen interest in ADR because it had great potential to resolve disputes in timely and less costly manner.

“In times such as these, when the nature of transactions between commercial entities and individuals is becoming more and more complex, it is imperative to have quicker and dispute resolution mechanisms besides traditional court litigation,” she said.

“As you may be aware, the court processes often take too long to conclude, causing congestion in our judicial system. And in many instances, we have found that not all of these disputes require court intervention. As the Judiciary, we recognised this deficiency and revived court-annexed mediation to decongest courts and speed up delivery of justice. This initiative is ongoing and has been well received by both litigants and counsel.”

Chief Justice Mambilima, however, emphasised that there was still a lot more to be done.

She said there was need to expand the options for dispute resolution.

“It is my hope that through this event, measures to promote ADR as an alternative to litigation can be stepped up so that courts can be left to deal with deserving cases. Globally it is accepted that ADR mechanisms such as reconciliation, adjudication, mediation and arbitration are effective and efficient in resolving disputes. The mechanism provides a much more sustained and mutually beneficial resolution of conflicts through negotiation,” justice Mambilima said.

She added that after 2013, a good number of mediators were trained through joint programme between judiciary and the CIArb-Zambia.

“Mediation has been applied in labour-related matters, divorce and other family matters as well as in insurance claims. I strongly believe there is still room to expand the areas of law in which cases can be referred to mediation,” she said.

She said a lot of agreements include arbitration clauses, which have been enforced by the courts when invoked disputing parties.

“Arbitration is a more predictable dispute resolution mechanism. This is because an arbitration award is final and binding and it can be enforced in much the same way as a court judgment, once it is registered. Another form of ADR is Adjudication. This is a mechanism, which is known for the principle ‘Pay now, argue later’ is widely used in the construction and engineering sector,” said Chief justice Mambilima. “It allows the business to continue with minimal disruption while matters such as disputes over payments are being resolved. In this case the adjudicator is an industry expert and this decision is binding in so far as that dispute is concerned.”