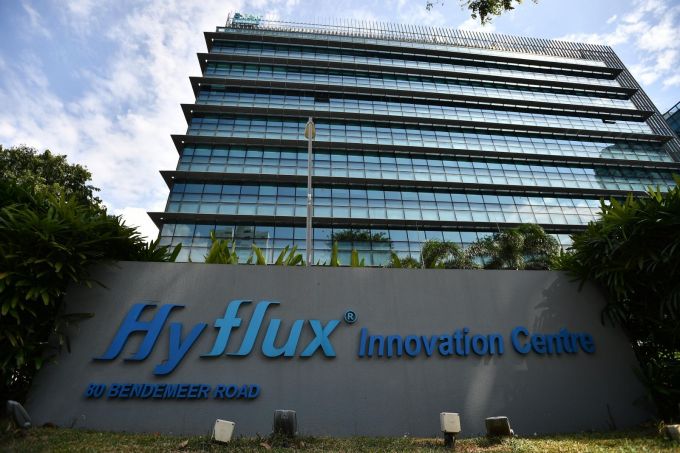 TROUBLED water treatment company Hyflux said on Tuesday that it has received a request for arbitration from Algerian Energy Company (AEC) in relation to its seawater desalination plant in Algeria.

The request, filed with the International Chamber of Commerce's (ICC) International Court of Arbitration in Paris, concerns disputes surrounding several agreements related to the plant dating back to 2007, the company said in a bourse filing.

The Souk Tleta plant marked Hyflux’s entry into the water treatment market in the region. In operation since 2011, it supplies water to Algérienne des Eaux, the state-owned national water company of Algeria, and Sonatrach, the national oil company.

Hyflux had disclosed in November last year that the offtakers or buyers of the plant's water were trying to terminate their water purchase agreement. The plant's developer and operator is Almiyah Attilemcania, whose shareholders are Tlemcen Desalination Investment Company (TDIC) with a 51 per cent stake and AEC, with 49 per cent. TDIC, in turn, is 70-per cent owned by Malakoff Corporation Berhad and 30-per cent held by Hyflux.

Hyflux had said in November that it did not agree with or accept the allegations made in the purported termination notice and would seek advice to enforce and protect its rights.

In its Tuesday filing, Hyflux said it has until April 20, 2019, to file an answer to the arbitration request, which will be administered by the ICC in accordance with the terms of the 2007 agreements.

Hyflux said the company and the other respondents to the request, TDIC and Malakoff, are currently seeking legal advice on AEC’s claims, and will “take all necessary steps to protect their rights”.

It added that it is currently unable to assess and disclose the financial impact of the arbitration proceedings on the group for the current financial year ending Dec 31, 2019. This is due to the “uncertainty of the outcome of the company's ongoing reorganisation process and the unpredictability of the financial outlook for 2019”, it said.

Shareholders will be updated when there are material developments concerning the matter, it added.

In the same filing on Tuesday, Hyflux addressed what it called “unverified and speculative statements” concerning the group and its court supervised reorganisation process. In particular, it referred to a Straits Times article dated March 23, 2019, which quoted an anonymous source saying that CEO Olivia Lum had received dividends based on her ordinary shareholding in the company at a time when it was making losses.

Hyflux called the statement “incorrect”, quoting its letter to the Securities Investors Association (Singapore) dated Feb 15, 2019, which said that Ms Lum only received dividends based on her ordinary shareholding in the company from 2007 to 2016 during which the company recorded cumulative profit after tax.

In response to the article’s point on the possibility of breaches of Singapore's strict listing rules on continuous disclosure, Hyflux said it has been “committed to corporate transparency and material disclosures at all times”.