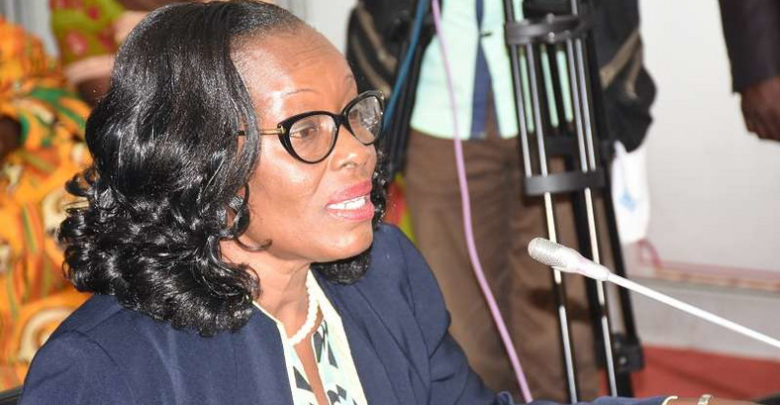 Judgment debt: Approval was given to pay GHC67m to Construction Pioneers – AG

The Attorney General, Gloria Akuffo has disclosed that cabinet in 2013 gave approval for the payment of GHC67m judgement debt to a private company, Construction Pioneers contrary to claims that payment was made without cabinet’s approval.

In a 2016 auditor general report, it was purported that former Attorney General, Marietta Brew Appiah-Oppong in 2015 paid an amount of GHC67,380,718.20 to Construction Pioneers without consulting cabinet.

But speaking at the Public Account Committee sitting today, Gloria Akuffo indicated that cabinet on July 29, 2013 gave approval for the payment of the judgement debt stressing that the report couldn’t be captured because of unavailability of some records at the time.

“I believe once again that perhaps it’s a matter of availability of records at the time when the audit was conducted. But I have a decision note; a cabinet decision note dated 29th July 2013 giving authorisation for the payment, the equivalent of £18m, so approval was given”, she revealed.

According to her, though £18m was approved by cabinet to be paid, the money accrued to GHC67m due to an international arbitration at the International Criminal Court between Construction Pioneers and the government of Ghana.

“Again the money arose out of an international arbitration at the ICC between Seed Construction Pioneers and the government of Ghana so yes approval was given and the purpose was to pay a judgement debt”.

The Attorney General further revealed that the cancellation of contracts and delay in payments is the cause of the country’s huge judgement debts.

According to her, although judgment debts can’t be avoided, it could be reduced to some extent if monies are paid quickly to contractors.

Reacting to her statement however, Chairman of the Public Accounts Committee James Klutse Avedzi advised state institutions and agencies to avoid awarding contracts to people if there’s no money to pay them.

According to him, the root cause must be known if the problem of judgment debts will be fixed permanently.

“The Minister has no problem; they’ve done the work and need to be paid, she’s not the one who will give the final directive for the money to be paid. In fact it’s the Finance Minister and if the money is not there the Finance Minister also can’t do anything. So the issue is that we have to look at the root cause of that; where we give out contracts we know we don’t have money or we’ll give out the contract oh you just go and do it when we finish we will pay you. And you finish the work, there’s no money. That’s the problem”, Mr Avedzi lamented.