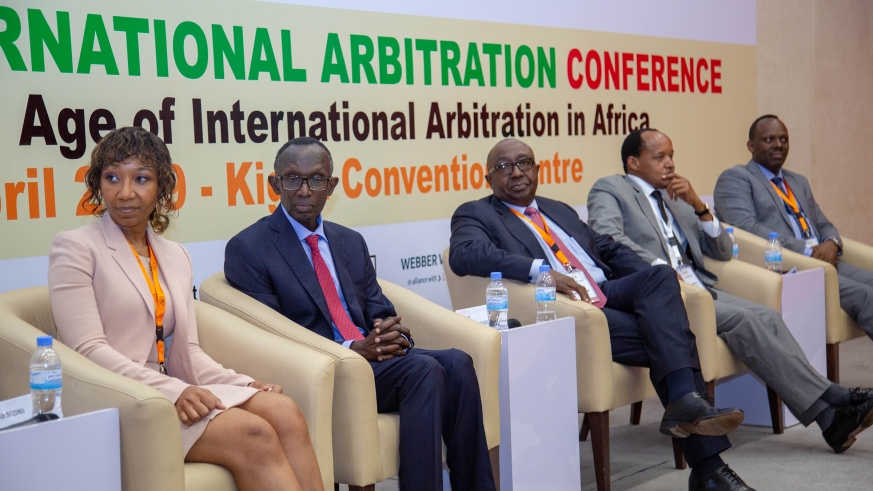 Rugege made the call yesterday while opening a conference of International Arbitration in Kigali.

It was organised under the theme: “The Coming of Age of International Arbitration in Africa”

Rugege said that arbitration is important in reducing the case backlog in courts and delays in the resolution of disputes.

The Chief Justice also disclosed that cases involving huge sums of money in Africa are quite often taken abroad, which demonstrates the lack of confidence in the continent’s legal system.

“It is common knowledge that western arbitrators and lawyers are preferred to handle international disputes, even those arising from transactions or activities in African,” he said.

Rugege noted that the rise of arbitration centres should be an incentive for African contracting parties to opt for arbitration institutions on their continent in order to lower arbitration cost.

Unfortunately, he noted, even our own governments and companies hire Europeans or American firms or individuals to represent them in international disputes.

He challenged African arbitrators to uphold professionalism and integrity because, in most instances, they have the last word.

The Chief Justice said that an efficient judicial system boosts confidence in the country and encourages investment which, in turn, fosters economic growth and social progress.

“There are many benefits of arbitration in the resolution of the disputes, including flexibility, confidentiality, promoting access to justice and rule of law, especially regarding investments and commercial cases,” he said.

‘More needs to be done’

Rugege said that whereas the international arbitration had been successful in the western world and in a few countries elsewhere, it had not taken root in Africa, calling for more efforts by all players to ensure arbitration becomes an effective alternative to offer justice.

“It is clear that there are still challenges to achieving vibrant arbitration, some of them based on perceptions on the skills level and competency of African arbitrators and councils, obviously a lot has to be done to reverse the trend,” he said.

“If we are to realise all the benefits offered by arbitration including reducing litigation volume in courts and speeding up resolution of commercial disputes for accelerated economic development, then you may want to expand your client base and include smaller players, which means greater awareness campaigns to promote use of arbitration but also lowering the fees of arbitrators’ council and institutions.”

“Currently, arbitration is not cheap but I want to make the point that making arbitration affordable could make it an attractive alternative to litigation for the business community, thereby becoming more profitable to all of you,” he noted.

According to Prof. Githu Muigai, an arbitrator from Kenya, continental arbitrators need to keep building capacity if they are to attract more clients.

“To professionalise, we must have the capacity, we must be trained, we need to make arbitration effective and be time sensitive so that we don’t keep clients waiting for long,” he said.