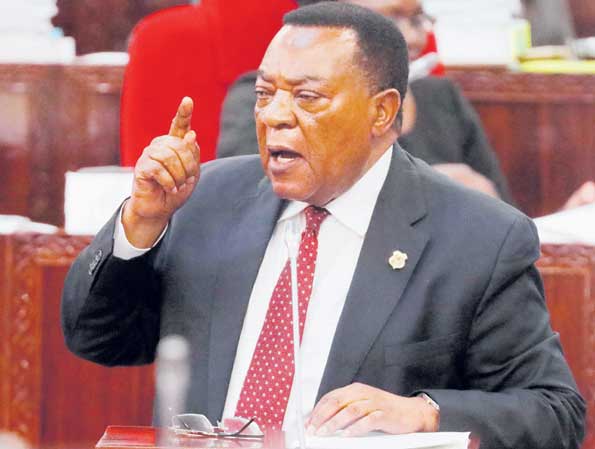 New Law On Settling Investment Disputes In The Offing

Dodoma. The government plans to enact a law that will facilitate the settling of disputes with investors in the country.

Constitutional and Legal Affairs minister Augustine Mahiga told Parliament yesterday when tabling his docket’s 2019/20 budget proposals that the plan to use local arbitration mechanisms was meant to increase transparency and cut unnecessary costs involved in litigations outside the country.

He said the decision was in line with the Natural Resources and Natural Wealth Management Act, especially Cap 11. “We need business and investment disputes to be settled using our own arbitration mechanisms and or own laws”, said Dr Mahiga, who asked Parliament to approve Sh181.4 billion for the ministry.

The government said it had no trust in international arbitration on the grounds that it lacked neutrality when it comes to settling disputes with investors.

As things stands, PPP agreements will be governed by Tanzanian laws and be subject to local arbitration under the arbitration laws of Tanzania.

In November, former Constitutional and Legal Affairs minister Palamagamba Kabudi, who has since been transferred to the Foreign Affairs docket, said Tanzania was facing 13 cases on investment disputes in various international courts, with $185.58 million (about Sh426.8 billion ) in compensation being demanded.

He said the actual amount to be paid would be known after the verdicts were passed.

Dr. Mahiga told Parliament that next year’s budget priorities include strengthening of legal bodies’ systems, protection of human rights and continuation of the war against corruption.

He said out of the proposed budget for the next financial year, Sh126.2 billion was meant for the judiciary fund, with the remaining Sh55.2 billion being for salaries, development projects and other expenditure.

Dr. Mahiga explained that of the requested money for judiciary fund, Sh104 billion was meant for recurrent expenditure and Sh22.2 billion for development expenditure.