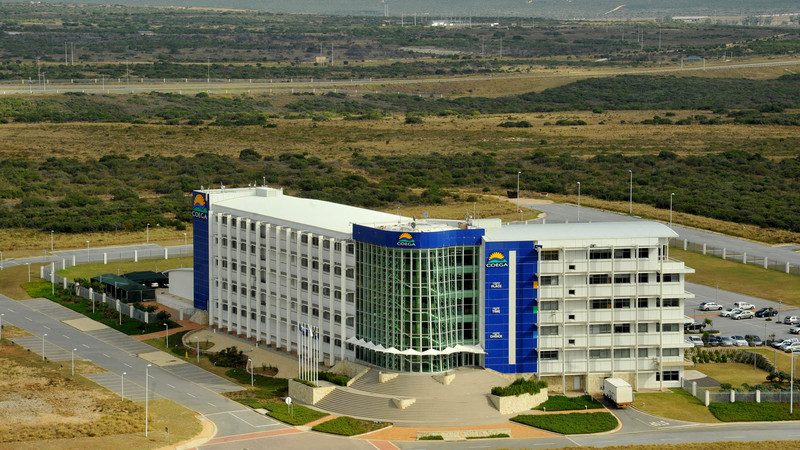 Riddle of the R111m Coega deal

At the centre of the questionable R111-million paid by the Eastern Cape health department to the Coega Development Corporation (CDC) is an arbitrator who scored multimillion-rand contracts from the corporation.

This emerged as the Hawks in the province investigate allegations of fraud and corruption made by former health department infrastructure boss Mlamli Tuswa. He handed over his affidavit to the crime-fighting unit’s anti-corruption task team in East London last month.

The Mail & Guardian has established that Stuart Riddle, one of the people on the arbitration panel who decided last year that the province’s health department should pay the CDC R150-million, had previously got lucrative contracts from the state-owned company.

Documents seen by the M&G show that Riddle’s company, Omega Civils, had been awarded two contracts in 2015 — one for close to R15-million for “the construction of miscellaneous civil engineering works” and another for R50-million to maintain roads and stormwater infrastructure.

But Riddle denies a conflict of interest and that he should not have been part of the panel.

“There were no contracts in place at the time. I was acting in my personal capacity ...

There were no contracts pending. Those that may or may not have happened were in the past,” he said. The R111-million is reportedly an irregular portion of the R150-million paid to the CDC in September last year, after a drawn-out battle between the provincial health department and the state-owned company that began in September 2015.

The two parties, led by CDC chief executive Mninawe Silinga and health superintendent general Dr Thobile Mbengashe, agreed on an arbitration process after the state-owned company had taken legal action against the department.

Last week the CDC, which Tuswa alleges was allowed to handpick arbitration panel members, denied that there was any conflict of interest or that any of the panellists had conducted business with the state-owned company.

Ayanda Vilakazi, of the CDC chief executive’s office, said: “In the agreement, the parties agreed that the tribunal [the arbitration panel] would be constituted of professionals from three disciplines — a professional engineer, a professional quantity surveyor and a chartered accountant. To ensure transparency and credibility of the process, independent professional associations did the appointment of the arbitrators. The CEO had no involvement in this process ... There was no communication at all between the CEO and the appointing bodies ... It is important to note, none of the arbitrators declared any conflict of interest.”

Vilakazi said the arbitrators were appointed by the Association of Arbitrators and the South African Institute of Chartered Accountants, not the CDC.

“The CDC is absolutely certain that there was no conflict of interest. It is factually incorrect that Mr Riddle scored multimillion-rand contracts with [the] CDC,” said Vilakazi.

He said that “the construction of miscellaneous civil engineering works” contract had been inherited from the Nelson Mandela Bay municipality and the intention was to fast track the project.

He denied that the CDC had awarded another contract to Omega Civils.

Mbengashe, who confirmed that the National Prosecuting Authority has approached the health department’s legal department, said there was no evidence that any arbitrators had a conflict of interest and that the panel had favoured the CDC.

But subsequent to paying the R111-million and a letter from Tuswa advising the department to review the arbitration award, Mbengashe wrote to the arbitration panel, asking how it had arrived at the amount.

He now says the department will validate claims.

“The department, as prescribed, will validate all claims due and payable and will exercise the right of the department to recover monies paid in error, irrespective of [the] arbitration process,” said Mbengashe.

Tuswa, who was fired after being found guilty in an internal disciplinary hearing, claims the department diverted funds intended for 38 urgent projects at hospitals and clinics, scheduled for the 2018-2019 financial year, to pay the CDC bill.

He also claims that the money may have found its way into ANC politicians’ pockets in the province and that Omega Civils may have been used to disperse the funds.

The Weekend Post reported last month that Omega Civils had also been instructed by the Nelson Mandela Bay municipality to stop the surfacing of gravel roads, and its contract had been cancelled because of poor performance.

In response to questions about allegations of impropriety involving politicians, the Eastern Cape ANC provincial secretary, Lulama Ngcukayitobi, said: “As the ANC in the province we reject the claims made by Mlamli Tuswa, alleging that some ANC leaders might have pocketed money paid to Coega with the contempt it deserves. There is no single ANC leader that is implicated nor has anything to do with things Tuswa speaks of. The ANC has committed itself to fight corruption decisively — wherever it rears its ugly head ... The courageous action taken by [the] health department against Mr Tuswa must be emulated by various organs of government so it can clean itself of its bad image.”

The Eastern Cape health department had not responded to numerous requests for comment by the time of going to print.