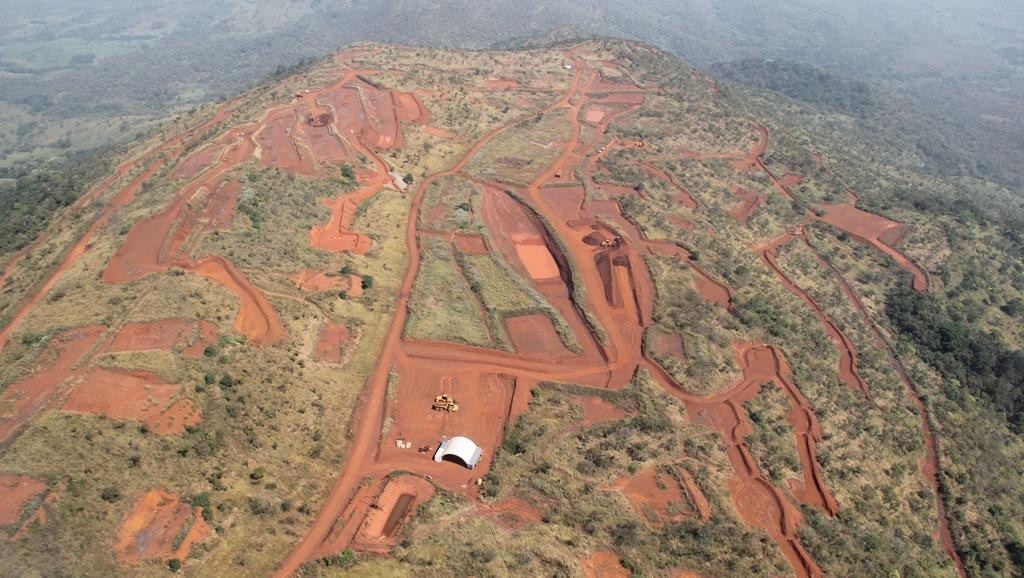 RIO DE JANEIRO, BRAZIL – Brazilian miner Vale said on Wednesday it had filed a lawsuit in the United States to force BSG Resources to pay about US$1.25 billion plus interest and expenses, as mandated by an arbitrator in a dispute over a joint venture in Guinea.

Earlier this month, Vale said an arbitration court in London had ordered BSGR to pay US$1.246 billion. The suit, filed in the U.S. District Court for the Southern District of New York, seeks payment of more than $2 billion when interest and expenses are taken into account.

The arbitration case stemmed from a dispute between Vale and BSGR, located in the Channel Islands and controlled by French-Israeli billionaire Beny Steinmetz, over Simandou, which contains billions of tonnes of high-grade iron ore, making it one of the world’s most significant untapped iron ore deposits.

Simandou can sustain a mine life over 40 years and has the potential to make Guinea one of the world’s top iron ore exporters.

Vale has accused BSGR of fraudulently inducing it to buy a 51 percent stake in a joint venture to develop the mine, a concession later revoked by the Guinean government on the grounds that the rights had been obtained through fraudulent means.

A government report at the time said Vale was not a participant in corruption.

Steinmetz was subject of several court cases in several jurisdictions regarding claims that his company bribed government officials to get the rights to Blocks 1 and 2 of the mine.

Before the billionaire developed an interest in the Simandou mine, it was wholly owned by British-Australian Rio Tinto.

Rio Tinto held the license for the entire Simandou deposit since the early 1990s but was stripped of the northern blocks of it in 2008.

BSGR acquired this concession later that year after spending US$160 million exploring the property.

But in 2010, it sold 51 percent of its holdings to Vale for US$2.5 billion. The Rio based company stopped paying after the first US$500 million after missing several development milestones.

The new Guinean government under Alpha Conde launched a review of all mining contracts awarded under previous regimes and started an investigation into the Vale-BSGR joint venture.

Shortly after, authorities withdrew their mining permit and accused BSGR of obtaining its rights through corruption.

BSGR has denied any wrongdoing and filed an arbitration request in an attempt to win compensation from the Western African nation.

In 2014, Rio filed a lawsuit against Vale and BSG Resources over an alleged conspiracy between the two competitors to steal its rights over the project. Rio Tinto alleged BSGR paid a US$200 million bribe to Guinea’s former minister using funds from Vale’s initial payment.