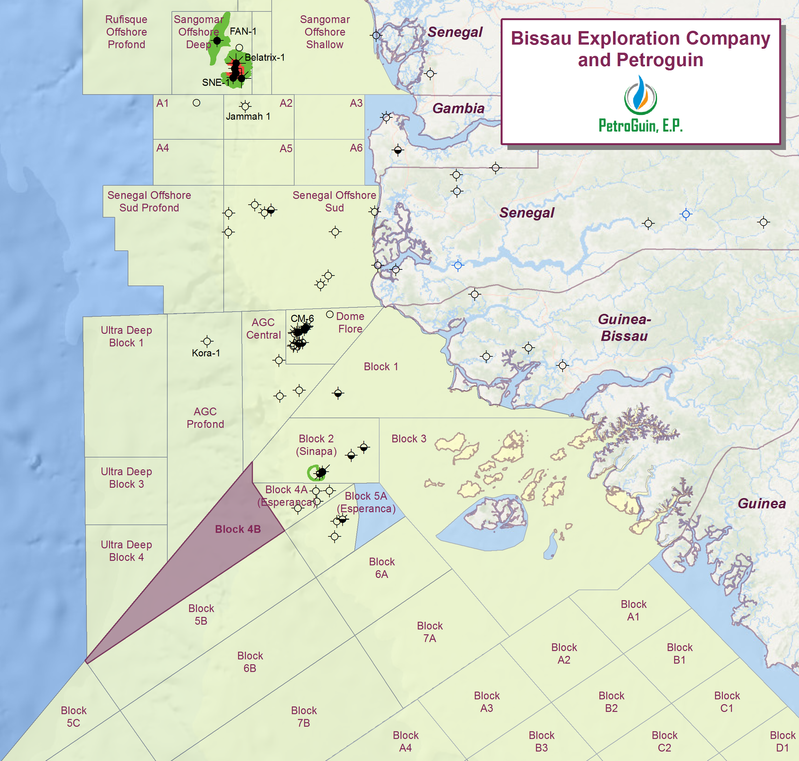 UK-based exploration and production company African Petroleum continues to lay claim to offshore Block 1A in The Gambia even after the government of this tiny West African country reportedly signed an agreement with oil major BP for the likely lucrative asset.

The odds appear to be stacked against African Petroleum that now appears to be embroiled in a vicious fight with at least three governments in West Africa to protect its interests in some offshore oil blocks thought to be highly lucrative.

Although the reported signing of the agreement between The Gambia and BP is the latest in African Petroleum’s weakening grip on the fight to retain the A1 block, the dispute started way back in the late 2017 when affiliate companies, African Petroleum Gambia Limited and APCL Gambia B.V, filed requests for arbitration documents with the International Centre for the Settlement of Investment Disputes (ICSID) to shield its interests in both A1 and A4 that it acquired in 2006 with 100% working interest.

There has been a delay in registering the dispute and appointing of arbitrators for it, a constraint African Petroleum appears to be facing with a similar wrangle in neighboring Senegal.

African Petroleum’s initial exploration period for the two offshore blocks in The Gambia had previously been extended thrice and the government accused the company of failing to fulfill its drilling obligations but instead sought for further extensions which the authorities rejected in 2016.

The company is alarmed at what it says are “media reports” indicating The Gambian government has signed an agreement with BP for offshore Block A1.

“The company continues to reserve its right in relation to A1 license and will continue with its efforts to protect its interest in the A1 license through the ongoing International Center for Settlement of Investment Disputes (ICSID) arbitration process,” said Jens Pace, CEO African Petroleum.

However, the company said the process is likely to drag on up to the second quarter of 2020 when the award of the arbitration is expected “unless a mutually beneficial resolution is agreed before this time.”

“The Company remains open to engaging in constructive dialogue with the Gambian authorities, with a view to establishing a satisfactory solution that is in the interests of all parties,” said Pace.

Accusations of delay by African Petroleum to fast-track its work commitments as outlined in its Production Sharing Contracts (PSCs) have also seen the company wrangle with the Senegalese government through national oil company Petrosen on the status of Senegal Offshore Sud Profond (SOSP) and Rufisque Offshore Profond (ROP) permits.

African Petroleum holds 90% interest in each of the PSCs with the first renewal term of the SOSP permit having expired on December 2017. The company sought to have the PSC’s period extended and the Senegalese authorities agree to a proposal to exchange the well commitment for a 3D seismic acquisition program and have the amended remaining commitment transferred to the second phase of the extended period.

Back in 2017 Petrosen said: “The African Petroleum was supposed to do work in compliance with its obligations and that was not done so we canceled the contract.”

In October 2018 African Petroleum confirmed Petrosen had advertised a tender for the sale of two offshore blocks in Senegal, including the SOSP block despite notice to remove the latter from the tender process.

“We are surprised that Petrosen are seeking expressions of interest on our SOSP block at this time given it is the subject of ICSID arbitration, a process which the Senegalese government has acknowledged and interested industry players will be well aware of,” said Pace.

“The SOSP PSC has not been terminated and until such time as the dispute is resolved, either amicably or through the arbitration channels, African Petroleum remains on the licence, and we shall continue to defend our position rigorously through the ongoing arbitration process,” he added.

Just like in The Gambian arbitration, resolution of the Senegalese dispute with African Petroleum is mired in a convoluted procedure of appointing arbitrators before the ICSID process commences and could possibly be several months before the outcome is known.

The fight by African Petroleum to retain its contractual assets in Senegal and The Gambia comes at a time when the company has petitioned Sierra Leone for the extension of the Well Commitment and Second Extensions Periods to allow additional time for its subsidiaries, European Hydrocarbon Limited and African Petroleum Sierra Leone Limited to complete additional geological and geophysical work on permits SL-03-17 and SL-4A17 and commit to the drilling of exploration wells. The SL-03-17 permit expired on April 23 and while SL-4A17 expires on September 17 this year.

However, African Petroleum says it “is awaiting a response from the Sierra Leone government to the proposal”.

Elsewhere in Cote d’Ivoire, the company has pulled out of CI-509 block where it had a 90% interest. The block’s PSC license expired in March 2016 and efforts to seek extension flopped after African Petroleum failed to get a partner for the permit as initially agreed with the government.

The fears expressed by African Petroleum that the arbitration process for the Senegal and The Gambia case could take several months to finalize may have been the same reason why the two governments opted to seek out new investors for the contested PSCs as demand for deep and ultra-deep water investment surge in West Africa.