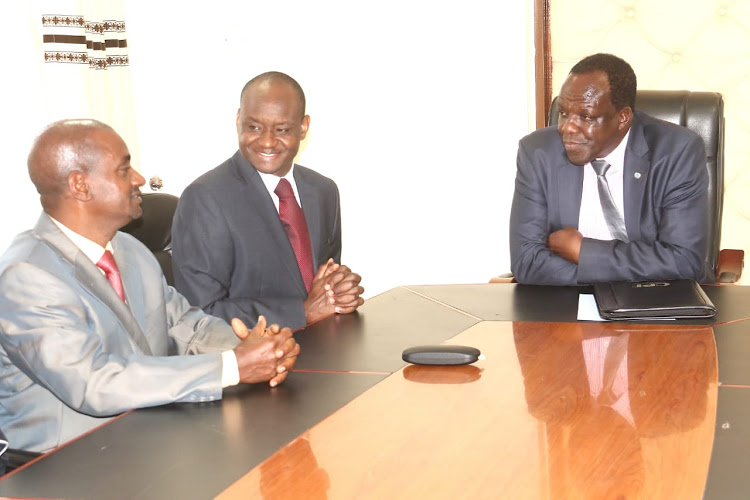 The case backlog in Kakamega courts has declined from 4,000 to 530 in less than a year.

He spoke when he and senior judiciary officials from Kakamega paid a courtesy call on Governor Wycliffe Oparanya.

“We recommend alternative dispute resolution for land disputes and succession cases to avoid adverse effects on family relationships and huge backlogs in the corridors of justice,” he said.

The judiciary rolled out the mediation programme in October last year after a successful pilot programme in Nairobi.

The main ADR methods available in Kenya are negotiation, conciliation and arbitration.

Musyoka also said the judiciary had acquired land in Kongoni, Likuyani subcounty, to establish a court serving the north of the county.

Residents of Navakholo subcounty will continue to be served by a mobile court until a facility is constructed, he said.

Musyoka underscored the need for regular interactions between the Judiciary and Executive, saying their objectives were the same.

Oparanya said at least eight courts are needed in the county due to its geographic and population size.

“We used to jointly organise very useful court users’ clinics to sensitise the people on judicial services and their legal rights," the governor said. "This helped to ensure they make informed decisions before rushing to court,"

His administration is also holding land clinics to educate the residents on land rights so they won't be swindled by brokers who take advantage of their ignorance.