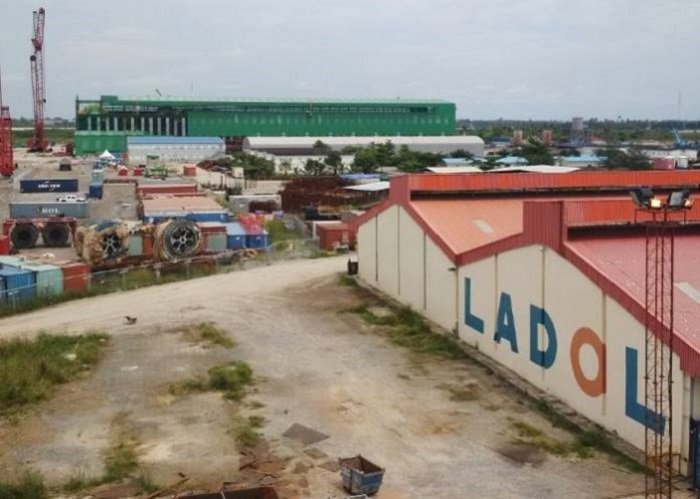 Back in January, it was reported there was dispute between Africoat, a pipe-coating and logistics company, operating in the LADOL Free Zone in Lagos and LADOL.

The dispute focused on the termination of Africoat’s operating licence and eviction from the free zone by LADOL. But Africoat insisted that the eviction notice was contrary to the service agreement between it and LADOL because it only gave the company nine days to remove its equipment against the 180 days specified by the agreement.

Investigation has revealed that Africoat has served Notice of Arbitration on LADOL in a suit number FHC/L/CS636/19, at a Federal High Court in Lagos.

According to the court document, Africoat is seeking an Order of Interlocutory Injunction restraining LADOL from taking action against Africoat equipment, facilities or personnel pending the determination of the Arbitral Reference.

It was gathered that Africoat operated from LADOL Free Zone for several years before LADOL terminated its operating license.

In November 2018, it was announced that Africoat had been served an eviction notice from the LADOL Free Zone over outstanding debt.

Africoat had alleged that LADOL was directly responsible for rejecting the import of pipes for an Africoat coating contract, forcing Africoat’s client to cancel the contract.

Africoat has continued to protest LADOL’s unreasonable “take it or leave it” gestapo tactics with regards to unwarranted charges levied without services provided.

Africoat argued that it was never made aware of such charges, neither did it agree to the charges, and was not offered the chance to discuss or negotiate the charges once imposed.

Africoat said it made several written attempts to resolve the outstanding issues but received no response from LADOL.

One of such charges being challenged by Africoat is the ground rent that LADOL allegedly levied over 6,000% mark-up over LADOL’s land lease rates paid to Nigerian Ports Authority (NPA).

Despite intervention by Minister of State for Industry, Trade and Investment, Africoat continued to experience a lack of cooperation from LADOL in providing services afforded Free Zone Enterprises.

The Eviction Notice has not been rescinded and the Service Agreement remains terminated.

LADOL was however forced to issue Africoat’s Operating License by the Minister but has failed to offer the services to support the licences.

Africoat has now served Notice of Arbitration to remedy the injustices perpetrated by LADOL on Africoat. This is the latest setback for LADOL Free Zone.

It was reported in the media that on April 8, an operative of the Nigerian Security and Civil Defence Corps (NSCDC) contracted by LADOL to guard the free zone shot and killed his colleague and an SHI-MCI Korean employee.

It was also reported that the Nigerian Police has concluded its investigations on the death of the Korean and the gunman will be charged for murder.

LADOL was accused of failing to take action against previous complaints by SHI-MCI of armed guards presenting a safety threat to employees at SHI-MCI FZE yard.

This incident has been taken up by the Korean Embassy in Nigeria and has been reported in the international media.

The management of the free zone is accused of developing a reputation for hostility towards international business, having been allowed to operate as a monopolistic single source service provider within a government jurisdiction with severe consequences to the investment climate in Nigeria.

International business will not invest in the Free Zone under such current business model.

Recent events in the free zone are setbacks to the Nigerian Government’s mandate to attract foreign investment.

It is time for the federal government agencies to take control of this environment that has become out-of-control. The solution to these crises in the free zone is for the authorities to create competition for the free zone management/operator and let a free and fair market dictate the commercial environment.

This is the healthy agenda put forward by the administration of President Muhammadu Buhari but is being violated by the management of this free zone.