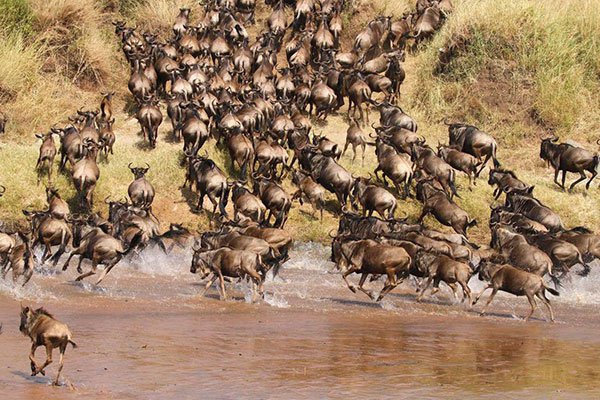 Tanzania is now seeking the intervention of East African Community ministerial committees on the issue of damming the Mara River, which has put it on a collision course with Kenya.

The Mara River rises in Kenya’s Mau Summit, flows through the world famous Masai Mara and into the Serengeti in Tanzania before draining into Lake Victoria.

Last week, Kenya said that it would go ahead with plans agreed on with Tanzania to build two dams on the river, one in Kenya and another in Tanzania, to control the flow of the water.

Tanzania’s Deputy Minister for Tourism Constantine Kanyasu however this past week told The EastAfrican that, as both countries have resolved to construct hydroelectric dams that experts say have detrimental effects in future, his ministry is planning to forward the matter to the ministerial committees.

“This matter is more a diplomatic issue and my office has no mandate to resolve it once and for all. We have to seek international arbitration from within East Africa,” Mr Kanyasu said.

Tanzania says that the dams will reduce the water flow into the Serengeti the heartbeat of Tanzanian tourism.

Environmental experts have predicted that the ecosystems of both parks could be damaged, potentially leading to the extinction of animal species if their natural habitat is destroyed.

The Mara River is the lifeline of the annual great wildebeest migration.

Besides its contribution to conservation of the Serengeti ecosystem, the river also supports livelihoods for over 1.1 million people in Tanzania and Kenya.