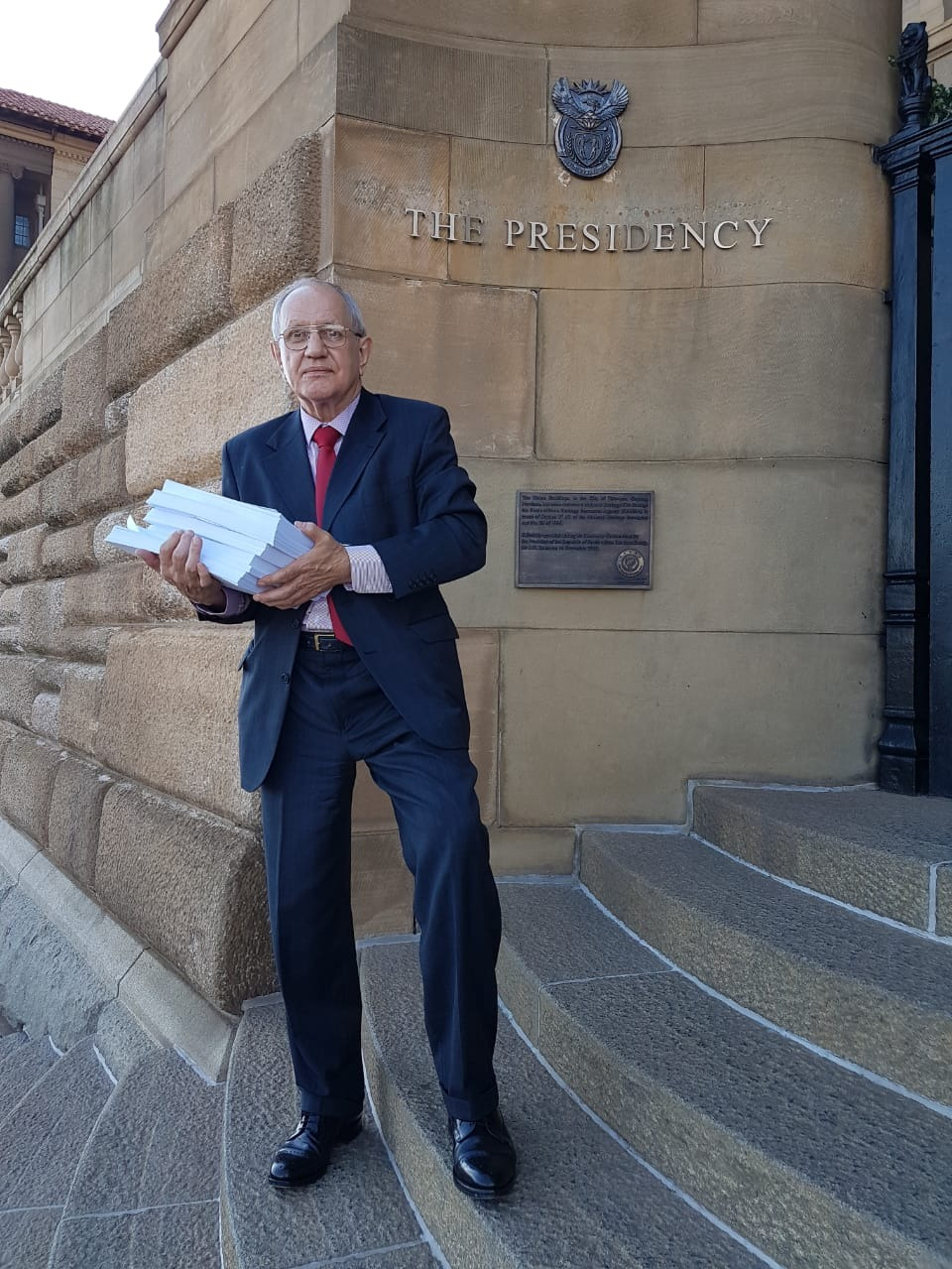 A diamond mining company has filed a R29.9bn claim against President Cyril Ramaphosa and his government as a near three-decade-long dispute over expropriated diamond mining rights in Lesotho reaches South African courts again.

Josias van Zyl, managing director of Swissbourgh Diamond Mining, is arguing that South Africa is liable to pay him damages for, among other reasons, its "unconstitutional" and "unlawful" support in disbanding the Southern African Development Community (SADC) Tribunal at a SADC summit in 2014.

Van Zyl is the second plaintiff, with the first being the Burmilla Trust. The trust is the successor to the disputed mining rights held by various companies in the Swissbourgh group, including Matsoku, Motete, Orange, Patiseng and Rampai Diamonds.

In December 2018, the Constitutional Court ruled that former president Jacob Zuma's participation in the decision-making process and "his own decision to suspend the operations of the SADC Tribunal was unconstitutional, unlawful and irrational".

The country's apex court also directed that Zuma's signature of the protocol mandating the disbandment was similarly unconstitutional, unlawful and irrational and directed him to withdraw his signature.

Van Zyl, whose legal battles over the mining rights in north-eastern Lesotho have been raging since 1991, has seized on this ruling as a new club to be brandished in his quest for compensation over his lost mining rights that has spanned nearly three decades and multiple courts, tribunals and arbitration bodies in Lesotho, South Africa, Singapore and Mauritius.

South Africa, he argues in court documents filed in the Gauteng High Court in Pretoria on Tuesday, was complicit in denying him an avenue for recourse as he had already filed papers with the tribunal which sought to compel Lesotho to compensate him for the removal of the mining rights in 1989.

At the heart of the dispute over the mining rights is the Lesotho Highlands Water Project (LHWP), a joint venture between the governments of South Africa and Lesotho.

Swissbourgh mines obtained the mining leases in 1988 from the then military council, which had been in power in land-locked Lesotho since 1986.

The Lesotho government soon back-tracked and eventually handed the leases to the state-owned Lesotho Highlands Development Agency, despite Swissbourgh and Van Zyl leading a court process in Lesotho that interdicted any interference with mining operations.

Some of the mining rights fell on land that was eventually flooded when the Katse Dam was complete in 1995 – placing "considerable quantities of diamonds" beyond the miner's reach, Swissbourgh argued in previous court papers.

Now, Van Zyl has set out in his latest court challenge how the Lesotho government destroyed evidence of the value of the mines through flooding the land.

Van Zyl further stated that South Africa, when it acted "with other SADC members" in disbanding the tribunal, violated the founding constitutional principle of the rule of law. He also claimed his fundamental right he holds to access the courts was violated as well as his right not to be arbitrarily deprived of property, and South Africa failed in its constitutional obligation to promote and fulfil the Bill of Rights.

"South Africa had an interest in frustrating and preventing relief of this nature," Van Zyl argues of the Zuma administration's support of the SADC Tribunal issue.

Van Zyl also points out that South Africa may have wanted to prevent his claim from being heard by SADC because under the agreement that constitutes the Lesotho Highlands Water Project, South Africa could have been liable to reimburse the Lesotho government for any losses it sustained in terms of claims such as Van Zyl's.

He points out that the Trans-Caledon Tunnel Authority – a South African state-owned company – had budgeted for such an eventuality.

In support of his R29.9bn claim, which is as a result of direct and indirect damages, Van Zyl says in his court papers:

"The unconstitutional conduct of South Africa in concert with the other SADC countries deprived the Plaintiffs [Van Zyl and Burmilla] of their opportunity of vindicating their claims against Lesotho in the only forum with jurisdiction to hear those claims and thus amounted to a denial of justice to the Plaintiffs in respect of those claims."

He adds: "Lesotho acted in concert with South Africa, alternatively with the knowledge and support of South Africa in perpetrating the underlying violation of the rights of the plaintiffs."

Van Zyl and his mining companies are represented by no less than three senior counsel – Mathew Chaskalson, Jaap Cilliers and Max du Plessis, as well as two advocates being Iain Currie and Michael Mbikiwa.

News24 approached the Presidency for comment on the matter and will update this article as soon as a response is forthcoming.

Presidency spokesperson Khusela Diko said: "The Presidency is opposing the application. Particulars have not been filed yet so we wouldn't wish to add anything further at this point."