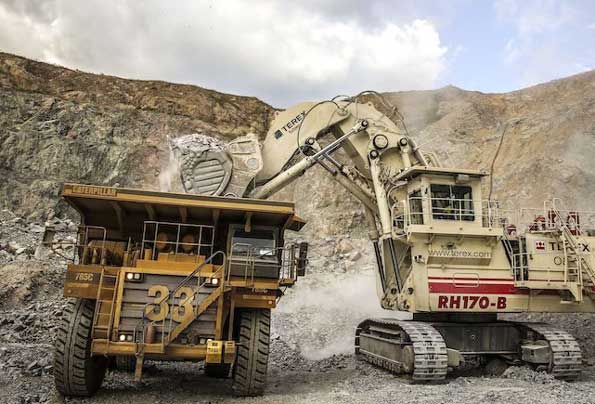 Why Tanzania wants Acacia to pack and go

Dar es Salaam — The government has declared Acacia Mining 'unwanted' and has written to the company's mines in the country to alert them of the decision not to formerly recognise any agreements with their holding company.

It has emerged that on May 19, 2019, the government wrote to Bulyanhulu, North Mara and Pangea Minerals about the decision to lock out Acacia out of the business.

The letter by the Acting Chairman of the government negotiating team is a significant turning point of the future of the mining company, with indication it could be finally on its way out.

Acacia revealed the letter in its cautionary statement on Wednesday, in which it was also alerting of the move by Barrick Corporation to buy it off.

The beleaguered company which was locked out of government negotiations with Barrick, said it would reach out to Tanzania to seek clarification of the meaning of the letter.

"The letter states that the GoT (Tanzania) is resolved that it will not execute final agreements for the resolution of the Company's disputes if the Company is one of the counterparties to the agreements, and that it will only sign such agreements "if satisfied that substantial changes have been made to the management style of the Operating Companies and of their shareholders," said Acacia in the disclosure.

It would seem Acacia's relations with the government has totally collapsed, not only at the stage of the negotiations, but also in its continued operations in the country under any means.

Acacia has frustrated the signing of the cooperation frame work agreement between Barrick and the government after it was locked out. It insists its board will have to endorse any final deal and has separately opened a tax dispute case against Tanzania at the international arbitration court.

The break up in relations informs Wednesday's move by Barrick to initiate a forced takeover of Acacia to try to unlock the stalemate with Tanzania.

A statement, also on Wednesday, by the government spokesman Dr Hassan Abbasi confirmed the Acacia's untenable status in the country, challenging Barrick to sort the matter out or risk not securing any deal.

Dr Abbasi confirmed negotiations with Barrick are drawing to an amicable close, saying only Acacia stood on the way.

"The Government has demanded that under no circumstances can Acacia be a part to the agreements, or have any role in the operation or management of the Barrick mining subsidiaries in Tanzania," he said in a statement to newsrooms.

Dr Abbasi said Acacia was "operating as a rogue company that was disdainful of the Tanzanian authorities and the laws of the land" when it managed the mines.

"Acacia management never respected the undertakings in the Mining Development Agreements (MDAs) which provided the legal framework for the subsidiaries' operations."

According to the government, it resisted regulatory requirements, was involved in massive tax evasion and harshly dealt with communities around its mines.

"As a new era is downing in the Tanzanian gold mining relations, the Government does not want the presence of Acacia in any form in the country," the statement read.

It made it clear to Barrick that if its gold mining subsidiaries are to continue operating in Tanzania, it must be under a new operating company in which the Government has a stake and there is no presence or participation of Acacia.