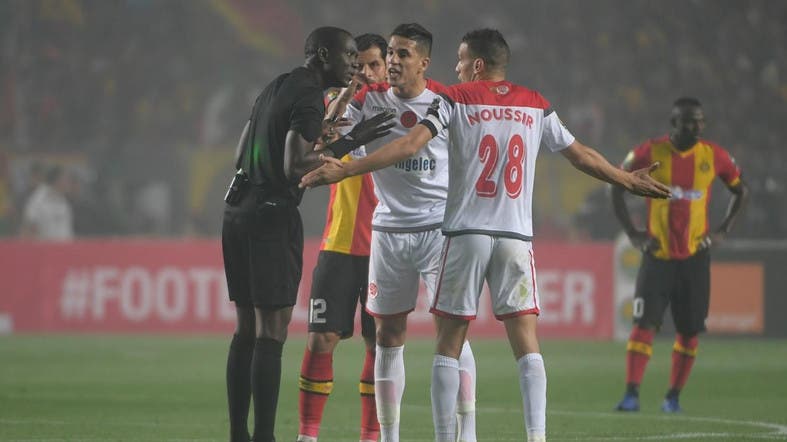 GENEVA (AP) — Sport’s highest court will rule this month on how to resolve the chaotic African Champions League final which was abandoned in May.

The Court of Arbitration for Sport said Monday it set a July 31 deadline for a final decision after both clubs appealed to be awarded the title.

The second-leg game between Wydad Casablanca of Morocco and Esperance of Tunisia on May 31 was annulled in a dispute provoked by a video review failure.

Wydad walked off in protest in Rades, Tunisia, when its equalizing goal was disallowed for an incorrect offside call.

Players and officials from the Moroccan club demanded a review by the video assistant referee (VAR) system but it was not available. Neither side was told before the game by the Confederation of African Football that the system which should have been installed was not working.

Typically in soccer, any team which refuses to play or walks off the field must forfeit the game.

However, the African confederation’s executive committee decided on June 5 in Paris to order the second-leg game replayed in a neutral country during July.

The controversy is part of a wider crisis for CAF and its president, Ahmad of Madagascar. Ahmad, who uses only one name, has been accused of misconduct by senior administrators who were fired in recent weeks and have filed complaints to FIFA’s ethics committee.

The court, based in Lausanne, Switzerland, said it registered appeals from both clubs to be declared the winner and awarded the prize money.

The eventual winner should represent Africa at the seven-team FIFA Club World Cup in Qatar in December.

The court did not give any details of where and when the hearing will take place. In Paris last month, police were called to the hotel where African officials were meeting to control fans demonstrating in the street.

The teams drew 1-1 in the first-leg game in Rabat, Morocco, on May 24. One week later, home team Esperance led 1-0 when Wydad thought it levelled early in the second half.

After a long delay on the field, Esperance was awarded the Champions League title before that decision was reversed days later in Paris, on the sidelines of FIFA’s annual meeting.

FIFA has said it will send its secretary general, Fatma Samoura from Senegal, on a six-month assignment starting Aug. 1 to oversee managing CAF’s business and governance.