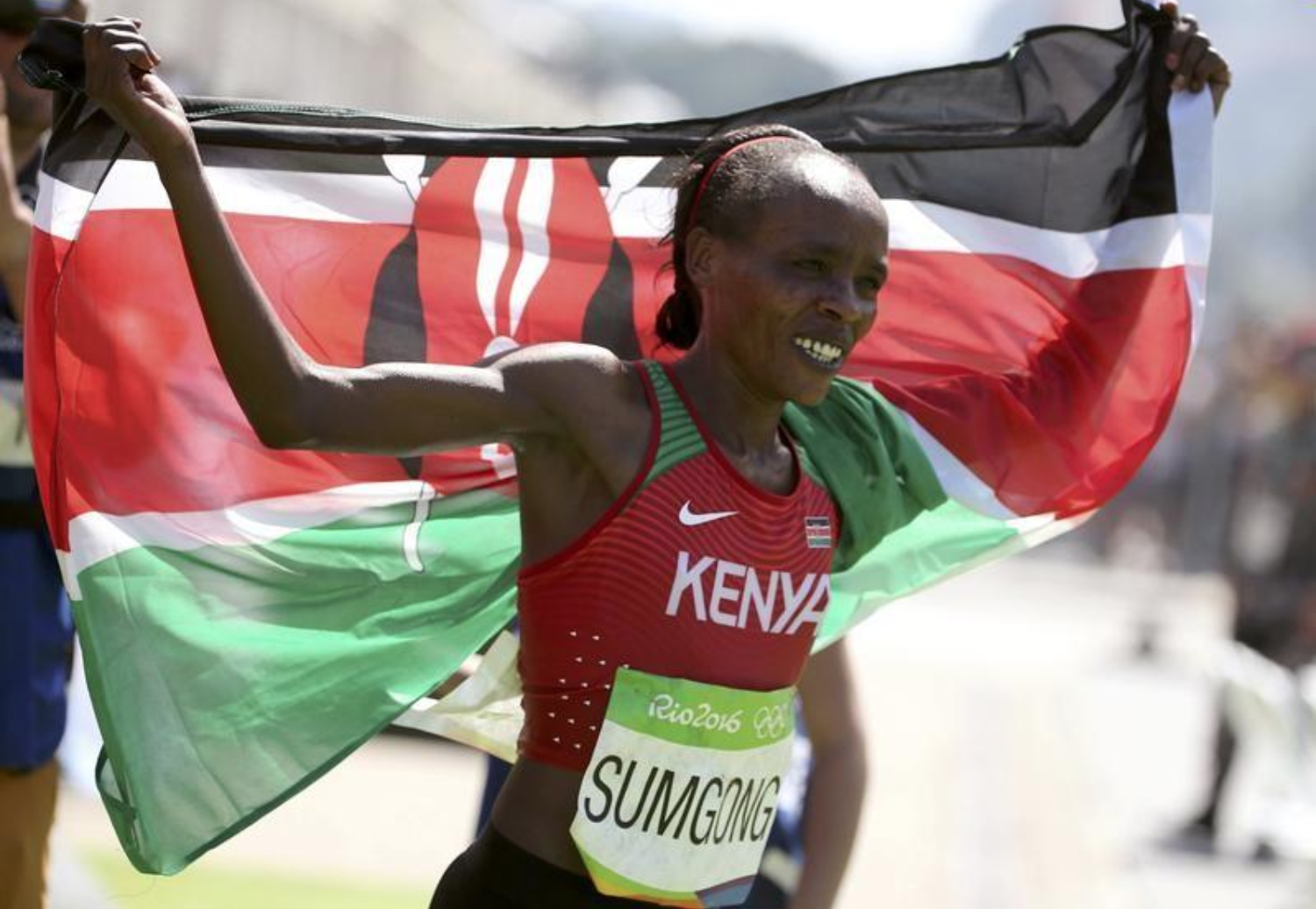 (Reuters) - Olympic marathon champion Jemima Sumgong has had her doping ban doubled to eight years after being found guilty by the IAAF of providing false information while defending herself against her initial sanction, the Athletics Integrity Unit have said.

The 34-year-old, who became the first Kenyan woman to win Olympic marathon gold at the Games in Rio de Janeiro in 2016, said she had been injected with EPO by an “impostor” during a doctors’ strike in Kenya.

That claim was rejected as “not authentic” by the disciplinary tribunal of international athletics’ governing body (IAAF).

In a ruling dated Jan. 17, the tribunal said there was also “compelling evidence” Sumgong had falsified her medical records and lied about her whereabouts after the positive test for EPO.

Her actions constituted a second anti-doping offense of "tampering with a doping control" and merited the imposition of a second four-year sanction, the tribunal, chaired by Michael Beloff QC, said in its ruling here.

Accordingly, Sumgong is now banned until is April 3, 2025, although she has the right to appeal the decision to the Court of Arbitration for Sport.

“We hope that it sends a message to dopers that the AIU has strong investigative capabilities and does not tolerate false evidence in doping cases,” he was quoted as saying by the Guardian.

“We also want to underline the vital support of Anti-Doping Agency of Kenya in pursuing this case. They are a valuable partner in the fight against doping in Kenya.”