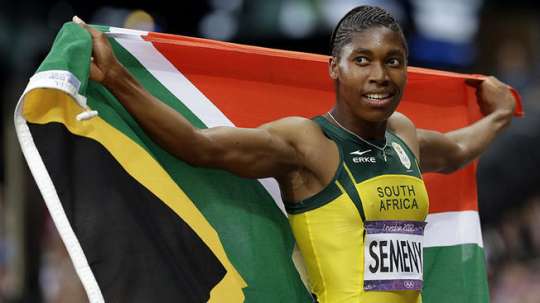 JOHANNESBURG - Athletics South Africa (ASA) is set to appeal the Court of Arbitration for Sports (CAS) judgement which forces female athletes with high testosterone to take hormonal suppressants before participating in international competitions.

Sports department made the announcement on Monday, saying the appeal was "about principle and human rights of the athlete."

Speaking to Xinhua, Ministry of Sports spokesperson Vuyo Mhaga said the appeal was as a result of consultations between ASA and a high level panel.

He said when the court ruled on Caster Semenya, it failed to consider the "scientific evidence we brought forward."

"The appeal would be on the basis of three accounts, first the two judges that administered the Caster's judgement were the same judges that sat on the Dutee Chand's case. Secondly, it's not clear how the International Association of Athletics Federations (IAAF) will apply the May judgement," he said.

Indian athlete Chand took the IAAF to the CAS in 2015 concerning the similar issue.

The appeal comes after the CAS ruled that IAAF must go ahead and implement its new regulations that compel athletes with "differences of sex development" to lower or reduce their natural high levels of testosterone.

Some Kenyan female athletes have also been affected by the regulations.

The IAAF said that female athletes with natural high levels of testosterone have an unfair advantage over other female runners.

The regulations which came into effect this month, are only applied to 400m, hurdle races, 800m which Semenya dominates.

Mhaga said the regulations must be suspended until Semenya's appeal is finalized.