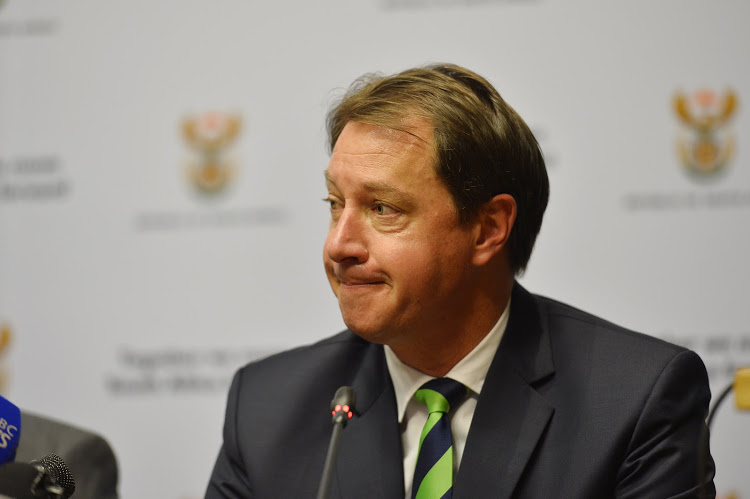 The multimillion-rand battle between Stellenbosch University and SA Rugby CEO Jurie Roux is headed for arbitration, News24 can confirm.

The university claims Roux misappropriated R37 million during his tenure in the institution's finance department and was looking to recoup it through a civil claim it lodged at the Western Cape High Court.

The matter was initially set down to be heard in the High Court in May, but was postponed without a resumption date.

Instead, an arbitration hearing is now expected to be heard in November.

The university's chief operating officer Stan du Plessis said the main advantage in opting for arbitration was "the speedier final resolution of the dispute between the parties".

He denied that part of the university's motivation for referring the matter for arbitration was to keep it out of the public eye.

It ordinarily would prefer that legal matters in which it was involved be heard in open court.

The university is claiming damages from Roux, who served as a senior director in its finance department before he was appointed as Saru's CEO in 2013. He had worked for the university between 1994 to 2012 and had served on the management of the university's rugby club for 10 years.

According to the report, Roux could have benefitted from university funds through the payment of irregular bonuses, News24 previously reported.

Roux is also accused of having used a software mechanism that did not leave an audit trail and is alleged to have concealed the movement of funds between accounts to which he had access, ostensibly resulting in the university council's reserves being decreased by R35.3m from 2002 to 2010.

KPMG also made adverse findings against a friend and colleague of Roux's, Chris de Beer, who also worked in the university's finance department and the rugby club.

He was found to have channeled funds from Roux to irregularly funded bursaries and unused or old student fee accounts. De Beer has been dismissed by the university.

Roux in a replying affidavit filed before this month's High Court postponement said he found his former employer's civil claim against him "strange" for a number of reasons.

Resumption of the trial

Roux claims the money had been used for legitimate university expenses. He said the only money he took was his salary and benefits.

According to his affidavit, the university did not suffer any damages as a result of his conduct. He said he had strengthened the university's financial situation and its financial management system.

Roux also questioned the university's claim that he had breached his employment contract, saying it was unable to produce the laws, statues, regulations, policies and principles that applied during his employment.

Roux's attorney, Frikkie Erasmus, told News24 on Wednesday that the time factor was one of the many reasons it was agreed that arbitration would be the better option.

"A material consideration for the university, in agreeing to arbitration, was that it had become clear in the preparation for trial that [it] would not be finalised in the time the court allocated to the matter, being Monday to Thursday for two court weeks," he said.

"A resumption of the trial would realistically only take place sometime later in 2020, which would cause further delay of the final determination of the matter."

The parties have agreed to three weeks of arbitration, starting on November 25.

The identity of the arbiter was confidential under the arbitration agreement, said Du Plessis.

"The university proposed, and the agreement now stipulates, that the existence of the arbitration and the final arbitration award will not be confidential."

It would not oppose a request for the media to be present during proceedings.

Erasmus, however, said this possibility had not been part of discussions.

He was currently focused on the administrative elements of the upcoming proceedings and was "not yet going to take instructions on this".