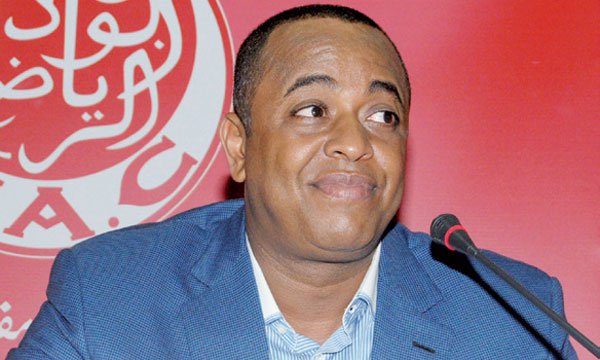 WAC President to Appeal to FIFA, Court of Arbitration for Referee Mistake

Rabatr – The President of the Moroccan club Wydad Athletic Club (WAC), Said Naciri, said on Saturday that he is taking the case of a poor refereeing decision that occurred during the second leg of the final of Africa’s Champions League to FIFA and the Court of Arbitration for Sport.

“This is unfair and we will take the case to the Court of Arbitration for Sport and FIFA,” Naciri told reporters at the end of the Champions League final.

He added that it is a disgrace for the Confederation of African Football (CAF), noting that it is not allowed to begin a game when the Video Assistant Referee (VAR) system is not working.

Naciri noted that the Egyptian referee Jihad Gricha, who officiated the first leg in Rabat, was suspended following his poor performance.

After receiving a goal at the 42nd minute of play, Wydad leveled the score at the 59th minute by the midfielder Walid el Karti.

The referee, Bakari Gassama, dismissed Wydad’s equalizer on the grounds of an inexistent offside.

WAC player demanded the Gambian referee consult the Video Assistant Referee (VAR), which they found to be dysfunctional.

Amid the embarrassing scene in Tunis, Espérance de Tunis was declared winners of the African Champions League.